First team All-Ivy goalie Anthony Borelli ’13 stopped 29 shots, and leading scorer Matt Lorito ’15 (below) tallied a pair of goals, including the gamewinner, as Brown upset number-one Quinnipiac, 4–0, in the ECAC Hockey semifinals. The victory helped the Bears advance to the ECAC Hockey championship game for the first time since 1993. Lorito, also a first-team All-Ivy selection, finished the season with twenty-two goals, becoming the first Brown player since Damian Prescott ’98 to score twenty goals in a season. 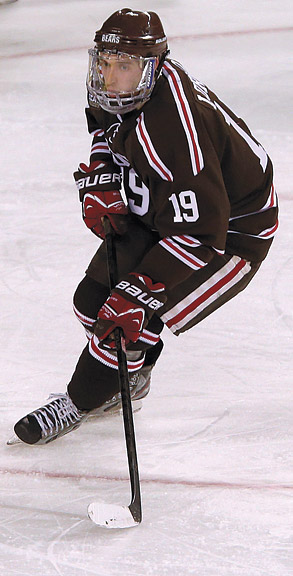