Her first year at Brown, Holly Doerflinger regularly phoned her high school best friend, who is Mexican. She traced her own family’s roots back to Mexico, Puerto Rico, and Germany, and, growing up in El Paso, Texas, she and her friend were both interested in immigration. At his urging, Doerflinger joined the Brown Immigrant Rights Coalition. “He motivated me to care more,” she says. 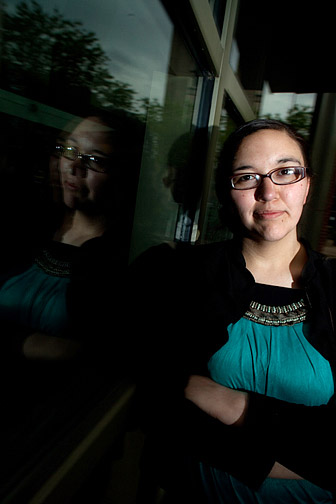 Doerflinger says her work has given her insight into the experience of her cousins who came illegally to the United States. “I hadn’t really ever thought about what they must have gone through,” she says. This year her high school friend revealed that he was undocumented. In all their years of friendship, he’d never given any sign of this.

“It stopped me dead in my tracks,” says Doerflinger. For two months she had difficulty concentrating on her work, she says. Now that she’s processed the news, though, it’s only fueled her commitment to changing the nation’s immigration laws. In the fall, she will begin a master’s in anthropology at Brandeis, with a focus on immigrants’ rights.