Led by bagpiper Andrew Bower ’14, more than 100 people, including President Paxson, U.S. Senator Jack Reed, and alumni and student veterans, processed across the College Green on November 11. Behind Bower were former U.S. Navy petty officer Matthew Ricci  ’15, University Chaplain Janet Cooper Nelson, and Reed, who praised such Veterans Day tributes as “an expression of the sacrifices and service and the debt we owe to veterans everywhere.” 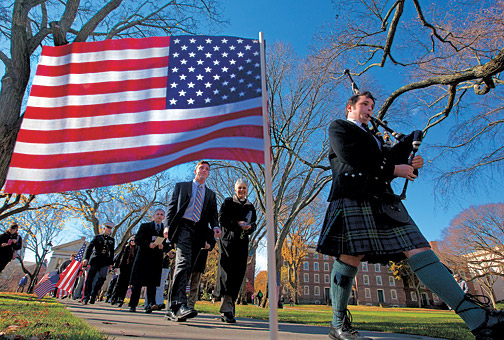 Reader Responses to Behind the Flag