The Voice of Siri

Every day, millions of people order Susan Bennett ’71 around. They command her to look up directions to a restaurant, find a movie’s starting time, schedule an appointment, or forecast the weather. Bennett is the voice of Siri, the digital personal assistant embedded in your iPhone. 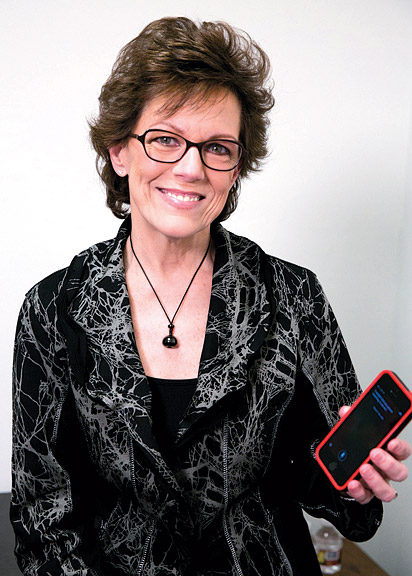 Jefferson Graham
Susan Bennett '71.
When Apple introduced the iPhone 4S in 2011, Siri was one of its hot new features. Soon users took Siri’s voice for granted, and no one really thought much about the person behind the voice until last September, when CNN approached Bennett and she confirmed the suspicion. Apple is staying mum—it refuses to confirm or deny the connection—but CNN then confirmed her identity using a voice analysis expert.

“I’m used to hearing my voice,” Bennett says, “but to hear it in a handheld device that’s interacting with you is a brave new world.”

At Brown, Bennett majored in classics and Latin, but devoted herself to singing in a jazz band. After graduation, she got gigs singing backup with Burt Bacharach and Roy Orbison. She broke into the voice-over industry by sheer luck. One day, while she was singing jingles for commercials, the man who did the spoken voice for the commercial didn’t show up. The studio owner asked her to fill in.

“I discovered that I was able to do it pretty quickly and with decent facility,” she says. “I said ‘Hey, great. This is something else I can do that’s creative and has my love of words.’ It blossomed into other things.”

In the mid-1970s, the First National Bank of Atlanta hired her to promote what was then the country’s first ATM. The bank worried that customers, so habituated to speaking with a live human being, would be reluctant to use a silent machine, so they hired Bennett as the voice of Tillie the All-Time Teller, a character they used in TV and radio commercials. She’s also recorded commercials for McDonald’s and Coca-Cola, and is the voice greeting Delta passengers at airports around the country. “One day I’ll be doing a crazy voice for a commercial,” she says of the voice-over life, “and the next I’ll be reading instructions for an aviation manual.”

In July 2005, Bennett was asked by the computer company ScanSoft to help develop their voice recognition software. For four hours a day, five days a week until the end of the month, she sat inside her private studio in her home in suburban Atlanta and read mostly nonsensical sentences. “I was just speaking sentences to create the greatest combinations of sounds in the English language,” she says. ScanSoft was eventually bought by Nuance, which then licensed its software to Apple for the voice of Siri. “I never imagined my voice would be for a telephone system that would be in the palm of your hand interacting with you,” she says.

Even though Bennett says she “usually” likes the sound of her own voice, hearing a digitized version of herself coming from millions of cell phones “was creepy.” Bennett mostly uses the Siri function on her own iPhone "for fun," she says. “Typically, I would rather just push a button than talk to someone,” she admits.

According to Bennett, Apple still uses her voice in the upgraded version of its mobile software, iOS 7, though she thinks they may have sped it up or even mixed it in with another person's speech. In the meantime, Bennett is enjoying her newfound celebrity. “Suddenly, I have an L.A. agent and a publicist and am doing The Queen Latifah Show and the Top Ten list for David Letterman and all these crazy things,” she says. “It’s quite overwhelming.”

Reader Responses to The Voice of Siri