A History of Natural Foods

The milk you put in your granola this morning could have come from a myriad of sources: perhaps it was soy milk, or calcium-enriched Lactaid, or organic milk fortified with omega-3 fatty acids. And even if it came from your local dairy, writes Joe Dobrow ’85 in his new book about the health food industry, “local” likely means several hundred miles away. “Your grandparents’ milk? It likely came from the milkman,” Dobrow points out. “Or from the cow.” 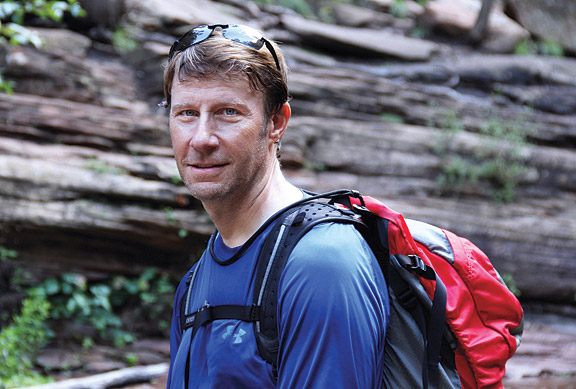 In Natural Prophets, Dobrow traces the cultural and economic forces that in the course of a single generation have drastically changed how we eat. He celebrates a movement—small and marginal at first but now a $100 billion industry firmly entrenched in the mainstream—that aims to take us back to a diet our grandparents would have recognized. Sort of. (“If the consumers want organic Twinkies, then there should be organic Twinkies,” Dobrow quotes Cascadian Farm founder Gene Kahn as saying. “Organic is not your mother.”)

The book is packed with funny anecdotes about the quirky characters who collectively built today’s natural-foods juggernaut, usually through dumb luck, outsized hubris, or both. Dobrow begins with the iconoclastic health nut J.I. Rodale, who launched Organic Gardening magazine in 1942, seeding a large publishing empire that even includes the publisher of Dobrow’s book.

He traces a path from macrobiotic pioneers Michio and Aveline Kushi (founders of Erewhon) to Mo Siegel, whose foraging led to Celestial Seasonings teas, and Gary Hirshberg (husband of Meg Hirshberg ’78), whose early years as cofounder of Stonyfield Farms involved “milking cows in the morning” and then driving around town with a cooler bin to deliver the milk. “We just drove fast,” Hirshberg told Dobrow. “Who could afford refrigeration?”

Dobrow tells the story of a retired Los Angeles teacher, Sandy Gooch, who in 1977 founded Mrs. Gooch’s health food supermarkets. The California chain was the first to establish “natural” standards and eventually wielded such buying power that, before manufacturing a product, companies confirmed that a product was “Goochable.” Just fifteen years later, aided by a Harvard MBA and capital from Goldman Sachs, Mark Ordan established Fresh Fields in Maryland. By 2001, however, Texas-based Whole Foods had bought both Fresh Fields and Mrs. Gooch’s, as well as New England’s Bread & Circus and other natural-foods grocery chains across the country, forming a daunting retail behemoth. 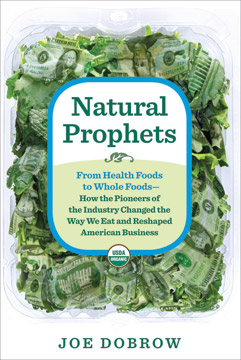 Dobrow was marketing director at Fresh Fields and Whole Foods (among other places), and his loyalty to Corporate Organic is plain. He portrays the men running these companies (the only women he features are Gooch and Oregon Chai founder Heather Howitt) as saviors, improving not only our personal health and environmental well-being but also the very ethics of doing business in America. Today’s social entrepreneurs seeking a “triple bottom line” (economic, social, and environmental) have these “natural prophets” to thank, Dobrow says. (As an example he cites the beverage company Runa, which Tyler Gage ’10 and Dan MacCombie ’08 created from a business plan they formulated in a Brown entrepreneurship class.)

Dobrow observes that most of the food brands born of hippie idealism have since been subsumed by megacorporations. Cascadian Farms, for instance, is now owned by General Mills, and Coca-Cola owns Odwalla. “It was,” Dobrow writes, “an ineluctable journey from co-op to co-optation.” He grapples with the contradictions inherent in Corporate Organic, but ultimately concludes that getting natural foods onto our tables is the important part—and if big business helps, then we’ve made “tremendous progress.”

In the end, Natural Prophets adds up to a lively historical mosaic, one that answers the “sort of open-ended rhetorical joke that often went around the co-ops … in the earliest days of the natural-foods revolution,” Dobrow writes: “What happens if the mission actually succeeds?”

To make good food choices these days, you have to sort out global trade, politics, and environmental issues. Even experts can’t do it.
Ever True

Reader Responses to A History of Natural Foods