On a trip to Panama in 2010, Nitzia Logothetis ’05 visited a friend who’d just gone through a hellish childbirth delivery. Doctors had accidentally punctured a membrane around the woman’s spine while administering an epidural anesthesia, causing spinal fluid to leak. For weeks the friend had headaches so strong she had trouble standing. Fortunately, her friends and neighbors offered to do whatever they could to help. 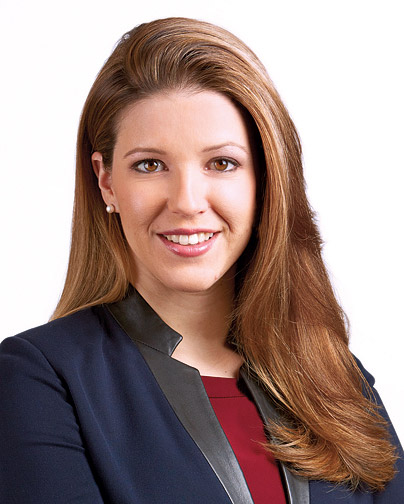 “Her home was like a daily cocktail party,” Logothetis says. “All her friends would stop by after work. It just struck me how different Panamanian society was to New York.”

Eight months earlier, Logothetis had herself given birth in New York City. There were no complications, but her child was extremely colicky and cried for hours at a time. Logothetis had felt isolated and unprepared. Nothing she did seemed to settle the newborn, which shook her confidence as a new mother. She had access to a much better and wider array of social services than her friend in Panama, but she still felt as if she had no one to turn to for advice. Unlike the case of her friend, there wasn’t a flood of friends coming to visit. Everyone worked full-time.

“I was the first of my friends to have a child,” Logothetis says. “And here you’re given your baby in the hospital and waved off. You sort of feel at the time like, ‘How am I being sent home with this thing? I’m not even qualified.’”

In 2010, Logothetis founded the nonprofit Seleni Institute in Manhattan to help address the complicated psychological issues surrounding early motherhood—issues such as postpartum depression, anxiety, even the trauma of a stillbirth. Through a dedicated clinic on the Upper East Side, the organization offers new moms access to psychotherapy and support groups, and aids others dealing with the heartbreak of a miscarriage. At the Seleni Institute, women can even take workshops on such topics as lactation and sleep deprivation. The organization also has begun to fund research related to maternal health; this year, it will award two grants of up to $60,000 for research into perinatal anxiety.

Logothetis, whose mother is originally from Panama, grew up in London but came to the United States to attend Brown. “Coming to America really gave me a sense of what’s possible,” she says. “I was impressed by the can-do attitude and the philanthropy of this country. I find it very exciting to live here.”

At Brown she majored in psychology and then received a master’s in child development from the University of London and an MA in counseling for mental health from NYU.

Logothetis believes that, although awareness around pre- and postnatal issues has increased in the United States, they are still relatively neglected aspects of mental health. “We’ve been so focused on ‘empowering’ women—keeping them in the workforce and moving them forward—that there hasn’t really been a discussion of trying to become a mother,” Logothetis says. “It’s a taboo. Nobody wants to talk about being depressed when you just had a baby.”

The Seleni Institute has already grown from three employees to around twenty. It has the capacity to see about 300 women in regular weekly or twice-weekly therapy appointments at the clinic. Seleni offers up to 90 percent financial assistance for those in need.

Reader Responses to A Mother's Helper