It was mostly mayhem at the 1972 Spring Weekend concert when some 2,000 people demanded to get in for free. When the mob broke through the stockade fences, the event’s organizers threatened to cancel the show. After peace broke out, everyone danced on the College Green. What was all the fuss about? A chance to see the Youngbloods and Billy Preston. That night Blue Oyster Cult and Ike & Tina Turner performed at Meehan Auditorium. 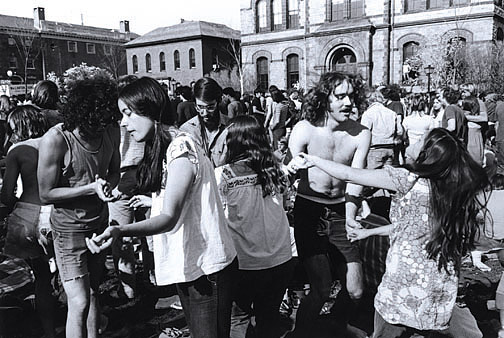