Randall Poster ’84 is the go-to music supervisor for some of Hollywood’s most respected filmmakers. You can witness his range in Wes Anderson’s The Grand Budapest Hotel and Martin Scorsese’s The Wolf of Wall Street. But Poster’s most astonishing accomplishment of late comes with no movie strings attached. It’s the CD Divided & United: The Songs of the Civil War. 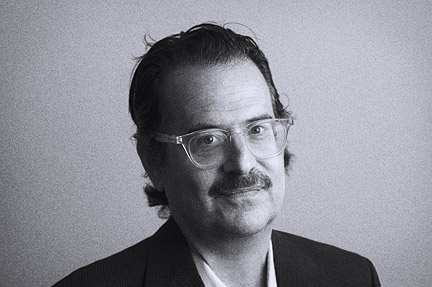 Charlie Gross
Randall Poster ’84 had long been looking for an excuse to drill into American roots music.
By turns bittersweet, poignant, and rousing, the thirty-two-song double CD revisits an anguished chapter in U.S. history by presenting nineteenth-century tunes freshly recorded by twenty-first-century artists, who range from contemporary country star Vince Gill to the veteran bluegrass banjo virtuoso Ralph Stanley. “The basic ambition of the record,” Poster explains, “is to strip these songs of their old-timey veneer by doing very straightforward renditions.”

A longtime country music fan, Poster says he started looking for an excuse to drill deeper into American roots music in 2010 after working on Gwyneth Paltrow’s Nashville-based melodrama, Country Strong. When he read in a newspaper that the Civil War’s 150th anniversary was approaching, he thought, “Okay, I can do a Civil War-era music project, and I’ll have five years to get it done.”

The CD includes songs from both the North and the South, as well as songs of battlefield recollections and propaganda and abolition songs. “It’s an invitation to time travel,” Poster says, “because the music is done so simply that listeners can get a direct contact with the emotional core of the period.”

Divided & United’s shrewd song selection, which includes Abraham Lincoln’s favorite, “Listen to the Mockingbird,” reflects Poster’s fascination with the way music traditions link up with one another. When he started collecting records as a kid growing up in New York City, Poster says, “I always read the liner notes, because I liked to find the connections in music. That’s what I do now. The directors I keep working with appreciate the fact that there’s a fabric underneath that holds certain things together. It’s about ‘How do we build some musical logic that aligns with the storytelling?’”

At Brown, Poster concentrated in English and shared his already “pretty significant” record collection with Todd Haynes ’85 and Christine Vachon ’83, both of whom have since become giants in the indie film world. Inspired by WBRU’s changeover from free-form to commercial formats, Poster and Jack Mason ’85 cowrote the movie A Matter of Degrees after graduation. The movie flopped, but Poster found his true calling while assembling its soundtrack. “I realized what I really wanted to do was to work with great film directors,” he says. “I felt if I made music my focus, that would be the means to engage them.”

In the years since, he’s repeatedly collaborated with Haynes (including supervising the music for the Bob Dylan homage I’m Not There), Harmony Korine (Spring Breakers), Jason Reitman (Up in the Air), Todd Phillips (The Hangover trilogy), and Wes Anderson (eight movies). Each project underscores Poster’s ability to find the right song for every cinematic occasion. “When you’re working with a visionary director,” he says, “they can create their own rules, so it’s kind of like playing tennis with Rod Laver. You adapt your game to keep the rally going.”