For the second year in a row, the gymnastics team won the Ivy Classic title and earned a team bid to the USA Gymnastics Collegiate Nationals, which the Bears hosted at the Pizzitola Sports Center. The team also captured the program’s first-ever ECAC Championship, tying William & Mary for a share of the crown. Michelle Shnayder ’14, along with Rebecca Freedman ’14 (pictured), were named ECAC Scholar Athletes of the Year; Caroline Morant ’17 earned ECAC Rookie of the Year honors; and Sara Carver-Milne was selected as the ECAC Coach of the Year. Shnayder, Morant, and Diana Walters ’16 also competed at the NCAA Gymnastics Regionals. 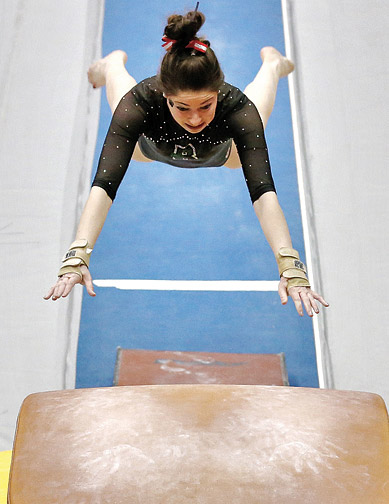