You Are What You Eat

Max Goldberg ’92 is a creature of habit. He meditates every day, and as followers of his five-year-old blog, “Living Maxwell,” know, he likes to start his mornings with an organic smoothie or freshly pressed juice. “One day it will be an organic green juice, and the next morning,” he says, “it could be a hemp-seed smoothie with banana, maca, cacao, and medicinal mushrooms. Or it could be a chia seed pudding.” 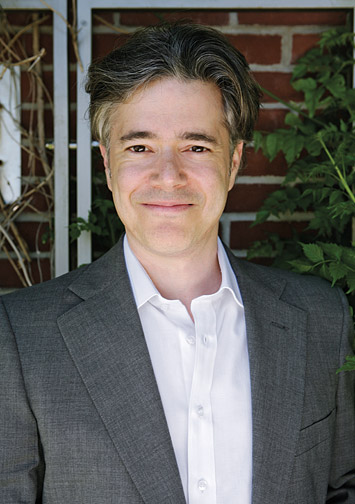 Goldberg’s Twitter account has 24,000 followers, and such publications as the Huffington Post and the New York Times have featured glowing profiles of him and his blog. Food producers bombard him with requests to review their products in the hope of getting his stamp of approval. New York City restaurateurs tell him that new customers often mention his blog when trying an eatery for the first time.

“I try to keep it all positive,” says Goldberg, who raved about a brand of lentil and black bean pastas in December. “People pitch me stuff all the time, but it has to be something that I believe in.”

A philosophy concentrator, Goldberg became alarmed over what he was putting into his body over a decade ago. He quit drinking in 1999, then stopped smoking in 2000. He cut out antidepressants in 2001. But when he went off Prozac, he became depressed to the point that he couldn’t work. He went through all his savings from his years working as an investment banker with Prudential Securities and as an executive with biotech and software companies.

“In my early 30s everything unraveled,” Goldberg says. “I was back home at my parents’ house. I had a seven-figure bank account that basically dwindled to zero. I was thinking about suicide. It was a very hard time. Things were an absolute mess.” He discusses these challenges on his website and in a self-published memoir called Clear: Life after a Decade of Antidepressants and Other Escape Mechanisms, out spring 2014.

LivingMaxWell.com isn’t just Consumer Reports about edible products. It’s also a clearinghouse for food and agricultural news and a personal diary in which Goldberg talks about his personal life, including dating in New York City. “My goal is to make organic food acceptable to people,” he says. “Eating well is not that hard, and you can do it in a cost-effective way.”

In fact, Goldberg is so keen on organic pressed juice, which he says retains more vitamins and nutrients than blended juices, that he created a stand-alone web directory listing more than 1,100 locations in ten countries where it’s sold. And at this point, he won’t date a woman who doesn’t share his zest for an organic lifestyle. “She doesn’t have to eat all-organic at the time that I meet her,” he says, “but if she isn’t open to living a similar lifestyle that I have, I know it won’t work. “

Goldberg doesn’t eat in non-organic restaurants, and he always travels with enough organic snacks to tide him over until he’s able to track down a restaurant or supermarket that meets his dietary restrictions. “I’m just a regular guy,” he says, “who feels like he took his health into his own hands.”

Reader Responses to You Are What You Eat