In most operas, it ain’t over until the fat lady sings. In The Days Between, an opera by composer and librettist Ben Kutner and director Zach Rufa, it doesn’t end until she sings about international relations. 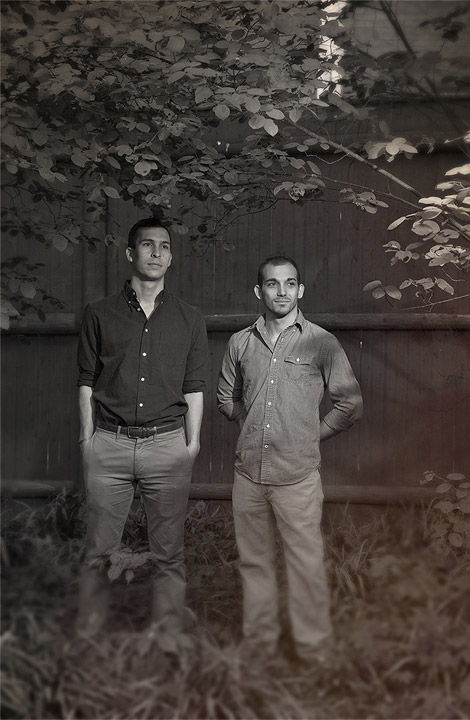 The Days Between, which premiered at Brown in February, tells the story of a nameless country where the dictator dies and the nation is plunged into chaos. Kutner, a music and international relations concentrator, wanted to write a piece about the Arab Spring and combine it with what he was learning in class about revolutions, nation-building, and democracy. “Why do men need leaders when they love their freedom?” a character sings in Act I. “They’ll adjust to anyone before the cameras.”

In his freshman year, Kutner played violin with the Brown orchestra, but felt frustrated because of a lack of outlets for showcasing original student compositions. The next year he founded the Fermata Ensemble. (Fermata is a musical notation meaning pause.) It consisted of twenty-five musicians playing new works by three to six students at every concert, which were held once a semester.

Kutner says he wanted to demystify classical music for students who eschewed it as too stuffy. The Frenata Ensemble held the concerts in a dark room in the basement of the Stephen Robert ’62 Campus Center. Dress was casual. Kutner says he deliberately put out too few chairs so there would be an overflow crowd and it would “feel like an event.” The compositions ranged from avant garde to romantic to jazz. Kutner describes his own style as “neo-Romantic.”

In his international relations classes, Kutner learned several theories about global relations and foreign affairs—liberalism, realism, and constructivism, as well as combinations among them. He didn’t know which he believed. But he says he realized that music and international relations were both “based on the same principles—tension and release.” In global affairs there’s a build-up, as in an arms race, which leads to a release, as in a war or the negotiation of a treaty. In music, dramatic momentum derives from the tension and release of chords and notes.

Kutner says he conceived of his opera as being “an essay in music where, instead of words to play out what was happening, there was music.” To do this, he assigned leitmotifs to liberalism, realism, and constructivism, intermingling and reassembling them as the opera moved forward. He says he had no idea which theory would prevail. He let the leitmotifs play out organically to see where they might lead.

Rufa, a theater and literary arts major, describes The Days Between as “post-post-modernism.” It’s challenging, but still accessible, he says, as it works its way through postmodern irony to achieve genuine feeling and emotion. “It’s a return to being able to say that you as an artist like melody,” he says. “It’s okay to use melody again without being labeled naive.”

Kutner and Rufa plan to continue collaborating. They say they may next produce a musical together.

Reader Responses to It’s Ok to Like Melody Again