When Erika López García traveled to New Zealand during her junior year, she visited Aoraki/Mount Cook, which at 12,000 feet is the highest peak in the country. As she marveled at its top covered by snow and its impressive glaciers, López García says. “All of a sudden I started thinking, ‘Where else do we see this?’” she says. Could such splendors exist on other planets as well?

Back at Brown, López García, a geological sciences concentrator, went looking in the solar system for similar formations. She found one on a walnut-shaped moon of Saturn called Iapetus, on whose equator runs a ridge higher than Mount Cook. It is, in fact, almost twice as high as Mount Everest. It’s also a much colder environment than New Zealand, with a mean temperature typically greater than minus 300 degrees Fahrenheit. 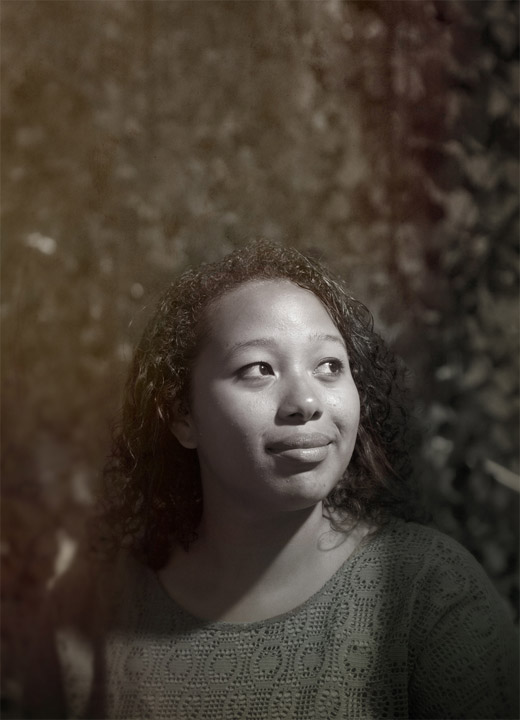 The ridge and Mount Cook were similar enough in structure and climate that López García could theorize how it had formed. She knew that Aoraki/Mount Cook rose up when tectonic plates beneath the earth's surface crashed into each other. Did Iapetus’s ridge result from a similar process? Or not? Scientists had been trying to figure this out since NASA's Cassini space explorer first discovered it in 2007.

Under the tutelage of her faculty mentor, Assistant Professor of Geological Sciences Amy Barr Mlinar, López García analyzed photographs of the Iapetus ridge that Cassini had beamed back to earth. She found that the angle and structure of the ridge suggested that it was formed not by the crashing of tectonic plates, as she’d earlier suspected, but by an exogenous event. She concluded that the ridge was the result of debris that fell onto the equator after the ancient collapse of the moon’s ring system. “Iapetus had a catastrophic history,” López García says, “and the fact that it’s still there is what makes it so remarkable.”

The work of López García, a mere undergraduate, was impressive enough to interest the scientific journal Icarus, which in April published a paper on the subject with López García as lead author. Her findings were also enough of a breakthrough that she was asked to present it at the Lunar and Planetary Science Conference in Texas this past March.

Raised in the Hell’s Kitchen neighborhood of Manhattan by her mother, an immigrant from El Salvador, López García grew up visiting the city’s American Museum of Natural History, which helped stimulate her early interest in science. When she was accepted into Brown, she was the first generation of her family to attend college. Her mother’s reaction to her plan to study planetary geology, she says, was: “What? How are you going to get the money?”

But López García did get the money. Her research was funded by a Mellon Mays Fellowship, which aims to get more students of color to pursue doctorates in subjects where they are underrepresented. López García also says her mother soon got used to the idea of her becoming a scientist and proved enthusiastically supportive. “When I go home,” says López García, “she asks me all these questions and tries to really understand what I'm saying, even though most of it goes over her head.”

Next year, López García will work in a research lab at the University of Texas at Austin and plans eventually to earn a PhD in planetary geology. “There's just so many things in science that remain unanswered,” she says. “There's always a puzzle you can try and solve.”