The Challenge of Fitting In

It’s the question Saudi Garcia started asking herself  the day she arrived at Brown. 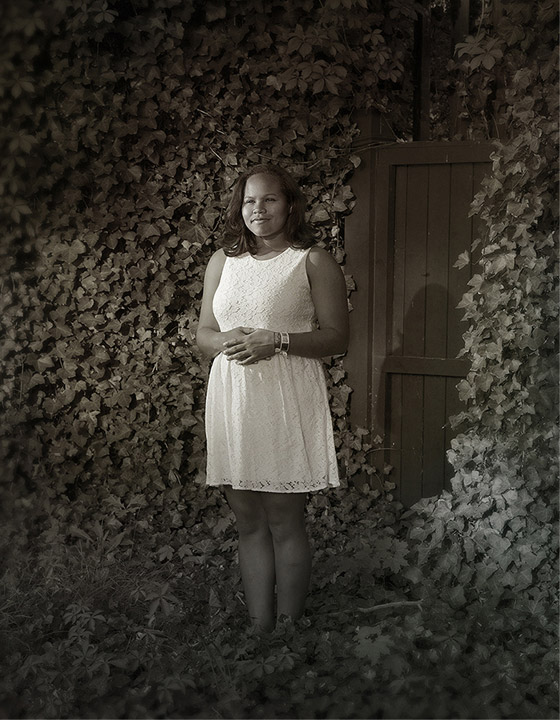 Born in the Dominican Republic, she immigrated to the United States when she was eleven years old to live with her father, who’d left the DR some twenty years earlier.

A car painter in a New York City auto body shop, he had one clear message for his daughter, Garcia says: “The only way to get ahead here is education.” Garcia attended Francis Lewis High School in Queens, one of the city’s better schools, but, even so, Garcia says, “When the counselor for Brown came, no one but me showed up.”

Garcia changed right away at Brown. She became a vegetarian, a big deal given how many meat dishes are in the typical Dominican diet. When she went home, her parents were amused and at first didn’t know what to serve her. Also at Brown, she learned about her heritage for the first time, which opened her eyes to the richness of Dominican history and culture. At the same time, she learned about racism, which made her aware of the bigotry and prejudice in the Dominican community against Haitians. She also took classes in Africana studies, coming to define herself as Afro-Dominican instead of just Dominican.

Entering what Garcia says is Brown’s “culture of privilege” was not easy. “There was a sense where I’m coming to a whole other world,” she says. “Overhearing people talk about their vacation in Jamaica or Cancún is commonplace, whereas my family has never had a vacation like that in their lives.” Her family was never able to visit Brown until this spring’s Commencement.

Garcia chose anthropology as her concentration. For her thesis, she researched a subject she knew about firsthand—the culture of first-generation teenagers from the Dominican Republic. With the help of a Mellon Mays Undergraduate Fellowship and a fellowship from the Cogut Center for the Humanities, she interviewed seventeen girls in Providence. She concluded that they were neither Dominican nor American, but, she says, part of a “new hybrid culture” that infuses the Dominican traditions learned from their parents with inner-city U.S. culture. “These young women are problematizing the idea that ethnic youth have only one kind of ‘home’ and that all persons identifying as Dominican and living in diaspora communities envision the Dominican Republic as a point of return,” Garcia wrote in her thesis. “Youth distinguish between the United States as their ‘practical’ home and the Dominican Republic as both a ‘total’ and a ‘minimal’ homeland.”

Next year Garcia will join City Year to work with at-risk youth in New York City. “I feel most American when I help other people succeed,” she says. In the long term, she plans to get a PhD in anthropology. She says she’s certain it will have something to do with Dominican identity.

Reader Responses to The Challenge of Fitting In