Not a Life Sentence

BAM How did your childhood influence your decision to study biomedical ethics? 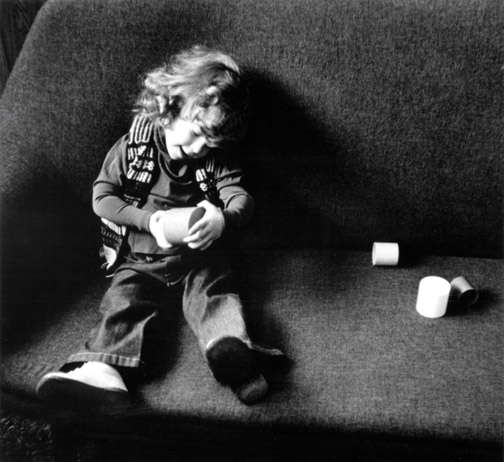 Courtesy Raun Kaufman
Kaufman playing as a child; he sees autism as a social-relational disorder, not a behavioral disorder.
KAUFMAN I had no plans to go into autism when I was at Brown, but biomedical ethics correlates because it asks, “How do we treat people who have lots of challenges but can’t speak for themselves?” Parents should be told all of their options instead of being forced into a one-size-fits-all program. Unfortunately, what usually gets funded is a form of behavior modification that resembles dog training.


BAM The Centers for Disease Control and Prevention estimate that one in sixty-eight children has autism, a 30 percent increase over two years. To what do you attribute that rise?

KAUFMAN I don’t believe increased diagnosis explains all of it. When I was younger it was rare to see someone with autism. Now I see it on a daily basis.


BAM As you know, some parents believe there is a correlation between vaccines and autism.

KAUFMAN I don’t want to spend my energy in virulent political debates such as whether vaccines cause autism. It appears there can be an individual environmental trigger where many children lose their language skills and develop differently. Children with autism often have weak or malfunctioning immune systems. However, I don’t think that is a result of autism.


BAM How do you respond to critics who say you must have been misdiagnosed?

KAUFMAN When someone recovers from cancer, people don’t say they must never have had it in the first place. Apparently we are willing to take one of the most deadly illnesses in the world and accept that people can recover, but when faced with a three-year-old with autism we are unable to accept anything other than a life sentence. The autism field is the opposite of science: specialists begin with a conclusion about what these children are capable of instead of seeing what actually works best. I was the first kid to recover from autism but I’m far from the last.

BAM Was it critical that your parents intervened when you were a toddler?

KAUFMAN It’s never too late: there is no magic window that closes after which the brain is incapable of growth and change. One guy who was institutionalized for the first thirty-three years of his life made little eye contact and only said a few words. He didn’t fully recover. However, his mother learned our program, and eighteen months later he was making eye contact most of the time, speaking in full sentences, and rarely doing repetitive behavior.

Reader Responses to Not a Life Sentence