For the first few weeks of my freshman year, I stood in awe of the half-Asian, half-Jewish Texan across the hall. Jess’s jokes were spot-on, the music streaming out of her room was loud and edgy, and the fact that she skipped orientation was the most bad-ass thing you could do (during orientation week, at least). 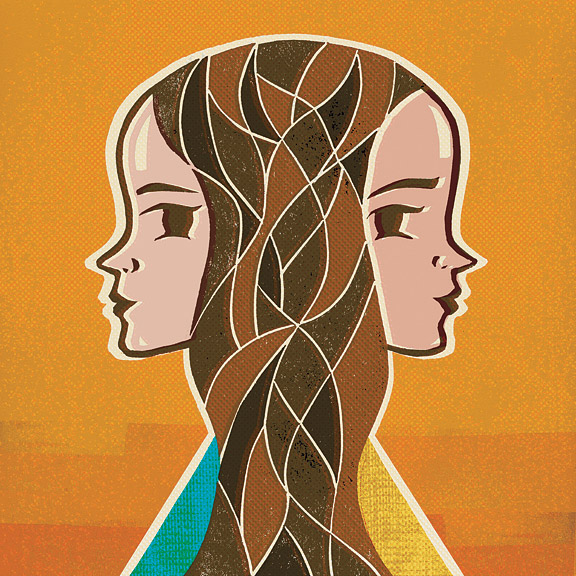 Her first memory of me is that she got me confused with another Midwestern girl down the hall. (“You do have the same color hair!”) Meanwhile, I loved horses, listened to 1960s folk music, and avoided conflict at all costs, while Jess sought out adventure, welcomed the chance to take off at a moment’s notice to countries I’d never heard of, and always told it like it is. And so, from the beginning, it seemed as if Jess and I were polar opposites.

One day our friend Kim found a personality quiz online that she thought was hilarious. As usual, everyone congregated in Jess’s room, and we went around revealing our answers. Mostly, they were similar, but then came the strangest question: “At your deepest core, do you have a romantic, dark, and vulnerable soul?”

Jess and I simultaneously said yes.

At that moment, we knew that we were very alike. We discovered that we had both spent our childhoods with our noses in books or watching melodramatic films. We had shared secret loves growing up: Anne of Green Gables, The Baby-Sitters Club, Little Women, and, later, Felicity and Gilmore Girls.

The summer after freshman year, Jess and I lived together in Chicago, and there we discovered that we also shared a sense of humor, a certain mischievousness, and a penchant for silly bets, which I always, always lost. These resulted in various humiliations, from sprinting across football fields to ridiculous social-media status updates. Once, I had to describe myself as a “student at a school for angels” on Facebook.

Before we knew it, graduation week was upon us. We sat on the steps of our Governor Street house watching the rain. Jess was leaving for Beijing in search of her family’s roots and a journalism job, and I was moving to New York City to pursue my dream of becoming an artist. We made a pact to write honest, true e-mails to each other once a week.

Over the next few years we both traveled a lot. In one distraught e-mail, Jess wrote me at 4 a.m. from Beijing about an affair with an older British journalist who’d left her heartbroken, confused, and angry. (“Why am I wasting my youth on this scumbag? Never again!”) I wrote about the harsh realities of my first job out of college and a car accident that had awakened me to what I really wanted in life.

Eventually, it led me to move to Paris and pursue a degree in film studies. (“The idea of becoming a professor has taken root in my mind. I know I’ll feel young and over my head, at first, but I’m falling in love with the idea.”) These e-mails would eventually form our epistolary memoir, Graduates in Wonderland.

Five years later, by happy coincidence, we both ended up in London. Jess’s romantic life had brought her there, while I was enrolled at University College London. We now live five blocks apart in London and see each other several times a week—to write, to drink coffee, to edit each other’s work, and, yes, to commiserate about how old we feel.

It feels as if we were never apart.

Rachel Kapelke-Dale and Jessica Pan ’07 are coauthors of Graduates in Wonderland.

Reader Responses to The Odd Couple