Although she had seven children of her own—four of them alumni and two of them current Brown students—Marjorie Drucker Thompson ’74, ’79 PhD was known around campus as a mother to everyone. She was much more. Thompson’s energy and range encompassed not only motherhood but a career as a dean, teacher, singer, guitarist, painter, illustrator, and jewelry maker. During her forty-year career at Brown, Thompson, who died September 15, four years after her cancer diagnosis, advised thousands of students and was one of the most revered figures on campus. As Professor of Engineering and Physiology Peter D. Richardson wrote the BAM shortly after Thompson’s death, “If people ask me for an example of a life lived fully amongst academics, she is the person who comes first to my mind.” 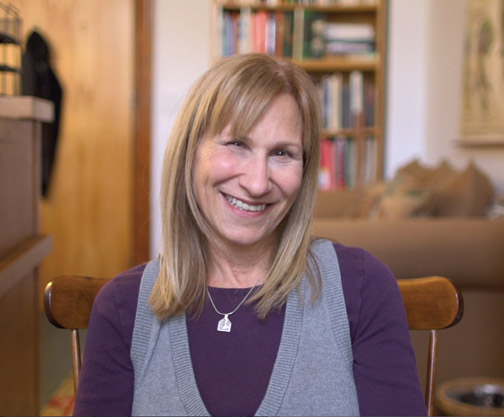 A biochemistry concentrator at Brown, Thompson also earned a 1979 Brown PhD in biology. Four years later she became associate dean of biological sciences, a position she held until her death. A major responsibility was heading the Biology Undergraduate Affairs Office, which oversees the undergraduate biology curriculum and biology’s advising system. Thompson was passionate about advising students, who frequently reported that she answered e-mails within ten minutes, even if they were sent in the middle of the night. As dean, she also made sure that students were included on academic committees. In addition to teaching undergraduates—she was an adjunct lecturer in the Department of Molecular Biology, Cell Biology, and Biochemistry who earned the Barrett Hazeltine Award and the Onyx Award—Thompson taught high school students in Brown’s Summer Pre-College Program.

Her impact was disproportionate to her diminutive size. (Generous estimates put her height at five feet, two inches.) She was a gifted visual artist, a committed painter, and a talented illustrator (she earned a 1990 scientific illustration certificate from RISD). She also made jewelry inspired by cellular shapes.

In the 1980s she took up the guitar and became a fluid finger-picker who eventually toured as a performer, recorded CDs, and once opened for Richie Havens. At Commencement each year, she orchestrated the biology degree ceremony, infusing it with joy and pride.

“Many will remember Marge Thompson as a patient, nurturing adviser, a friend, a mentor, a renaissance woman, and a force of nature,” her colleague Professor of Biology Ken Miller wrote the BAM after her death. “She was all those things, of course, but I remember her most as a showman, and there was one day, every year, where her showmanship was unforgettable. That day was Commencement.… The importance of Marge Thompson’s influence on generations of Brown students is all but impossible to measure. But when Commencement comes around again … her absence will not only be noticed  but will be felt deep within the hearts of all of us who knew her, loved her, and will be forever diminished by her loss.”

“Whenever I’d come to chat about what my course load looked like,” Marisa Millenson ’16 writes, “we ended up mostly talking about her absolute incredible ability to do everything.”

Millenson recalls one of the countless small acts of kindness for which Thompson was known: “Over winter break of my sophomore year, she kindly accepted my request to keep my cello in her home so I wouldn’t have to bring the hefty instrument home or leave it in a dorm room with wildly fluctuating temperature. At the end of the break she met my parents when we all went to her home to pick up the instrument and talk about my time at Brown.… My parents, by the end of the visit, had also fallen in love with her wittiness and dry humor, her charm, her intelligence, and her ever-humble manner.”

Sometime during the late 1980s, according to Hermon Carey Bumpus Professor of Biology Emeritus Douglass H. Morse, an external review committee was brought to campus to evaluate Brown’s biology program. At the end of the review, members of the committee met in the provost’s office with biology representatives to report their first impressions. When it came time to discuss Thompson’s contribution, the head of the committee praised her glowingly, concluding, “And, if you don’t mind, we’ll take her with us.”

“I will always remember Dean T. as the superwoman she was,” Millenson writes, “the one who lived in the skin of a diminutive, humble, soft-spoken, clever, considerate, musical, fun professor and mom.”

After Thompson died, Russyan Mark Mabeza ’15 wrote the BAM, “I guess even superwomen have to rest.”

Reader Responses to Superwoman at Rest