Is art often thought of in opposition to science? We do both a disservice by focusing on their differences while neglecting their similarities. Is it possible that at a deep level these two have similar goals? 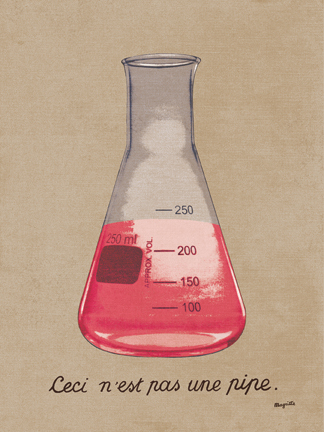 We might ask why this question of the difference between art and science is posed. Why are we not talking about the similarities or differences between a painter and a musician, or between a sculptor and a poet? Why is the distinction between the scientist and the artist of special concern? I would like to suggest that this is less an intellectual than a sociological question. It is perhaps because, unfortunately, more and more people who call themselves scientists live, think, and work in a different part of society, both intellectually and socially, from the part inhabited by those who call themselves artists.

An excellent example is Galileo’s treatment of falling bodies. What is important is not that he was right and that Aristotle was wrong, but that he chose to ignore what experience tells us: that a heavy stone falls faster than a light one. Galileo held the view that this small difference is not important. He chose to regard as relevant what would occur if air resistance was removed. Now the decision that the air is extraneous represents a point of view, a new way of looking at the phenomenon. It is a tremendously fruitful approach, for the inclusion of the resistance of the medium as part of the fundamental phenomenon was one of the reasons the Aristotelian approach had come to a dead end. In this respect, the scientist and the artist are in very deep accord, because there is a sense in which the artist selects. He decides what to look at, what to emphasize; in a certain sense, he presents a worldview.

Consider the two different ways of looking at the world represented, for example, by the Impressionists and by the Cubists. Presumably, both live in the same world, but a decision is made to select particular aspects of it, to organize it in a certain way. A painting of Monet could be regarded as Monet’s point of view of what to look for, or how to regard experience. I think there is clear evidence for this. If we had Time magazine in the early nineteenth century, it would have been somewhat unlikely to find a picture that looked like a Monet. On the other hand, in recent years magazines, popular or otherwise, contain sketches that may or may not have the same skill or originality, but clearly display a way of representing the world that was created by the Impressionists or other recent movements.

I would like to give what I regard as a magnificent example of creativity in science, to present some of the process and some of the ambiguities and problems. Consider Einstein’s Theory of Gravitation. Einstein was fascinated by what fascinated Galileo: that (neglecting air resistance) all bodies fall to earth at the same rate. Now, in Newton’s theory, this is explained as a consequence of accidental coincidence of two very different constants. Einstein wanted to produce a theory in which this phenomenon was really the heart of the matter. He worked on the problem for ten years and produced the famous Theory of Gravitation, in which the gravitational phenomena were explained in an essentially geometrical manner. It is intriguing that, for a vast range of phenomena (essentially everything we encounter in our ordinary daily experience), this theory is practically identical in its consequences with the Newtonian theory that came before.

I would like to pursue the question raised earlier: why can we no longer paint in the Renaissance manner? We presume that a painter today is at least somewhat conscious of what has gone on in the last few hundred years. If he tried to paint in the Renaissance manner, his work would seem inauthentic. While elements of Renaissance style can be repeated in an ironic sense today, to do it straight would be peculiar. It would be as though the artist were not aware of the interim period. The painting might be technically excellent, but it would be anachronous.

There is an analogue to this in science. All physicists study electrostatics. However, we are not likely to publish papers solving problems in electrostatics today. But with the occurrence of a new theory that requires the old technique, the old technique is revived; it becomes current, and very modern. The issue is not that you cannot use old techniques, not that you cannot paint and make a reference to what happened before, but that it somehow has to be done in the context of what is considered important today and what has gone on in the interim.

But why are we talking about art and science? We are looking very hard for areas common to art and science, between artist and scientist. They certainly exist. Both are human beings, both create things, although their products are different. Why are we searching for these common areas? Why do people claim that it is going to help a scientist if he is familiar with art history, or if he knows how to look at a painting? I think we would all agree that it will make him a richer human being. But it is hard to believe that it is going to help him be a better scientist. The same is true for an artist. It would be wonderful if artists knew something about science; it would help them as human beings. But the chances that it will help them in their art are, I would say, negligible. They might as well learn about banking, or international trade. Perhaps one reason is that, if you look at our civilization and consider the greatest things that our civilization has achieved, you would certainly list the creations of art, the creations of music, and the creations of science. I think one might also note, as a fact of the sociology of our current society, that artists and scientists not only interact with each other very little, they do not even talk the same language; in fact, they are suspicious of one another. There is a common fiction that scientists are inhuman; the stereotype of the artist is to be engrossed in “feeling.” The creators of these magnificent manifestations of our culture do not talk to each other; rather, they have become hostile. Scientists in general have some interest in music and occasionally go to a museum. Artists, along with other nonscientists, may occasionally watch Nova or peruse Scientific American, but they have almost completely separated themselves from any kind of scientific thinking, any of the language of science, the mathematics, any of the structure of science. The schism is a profound cultural concern. How is it that these superb creations of our civilization have reached a point where there is so little interaction between them?

In a book I wrote attempting to present physics to nonscientists, I tried as hard as I could to avoid equations. Critics told me, “The problem is you mention Shakespeare and Dante as though the students should know who these people are.” I replied that I had thought I should try to skip the mathematics, but never thought I should omit any mention of our cultural heritage. Has the level of college education in this country dropped so low that not only mathematics but any serious and disciplined intellectual approach is no longer acceptable?

In business, the criterion of success is extremely unambiguous—you either make money or you fail to. In science, success is not quite so easily defined, but it is still fairly well accepted—and colleagues recognize successful scientific work. Maybe one of the problems in the world of the arts is that such unambiguous criteria do not exist, or at least they are not commonly accepted even among artists. Some criteria do exist, some general acceptance is there, but if you consider the contemporary scene—at least from the point of view of someone who has to look in from the outside—you have the feeling that even among artists there is no general consensus.

I take exception to the idea that science is more likely to become a tool of the government than any other endeavor. This is not a problem of science, but a problem of politics. An authoritarian government will make the arts, the means of expression, subservient to the state, with devastating results. I would agree that we have to be sensitive and aware at all times of abuse of power of the state, but it is not a problem that is peculiar to science. One problem we do have is that big science depends on big money, and big money comes from the government. There is still small science, and perhaps small science does the best work, for which it is fortunately not totally dependent on the government. We had better keep it that way.

Leon Cooper, the Thomas J. Watson Sr. Professor of Science, and director of Brown’s Institute for Brain and Neural Systems, received the Nobel Prize in Physics (with J. Bardeen and J.R. Schrieffer) in 1972 for his work on the theory of superconductivity. Excerpted from Science and Human Experience, published by Cambridge University Press.

Reader Responses to Art and Science