In the wake of the February massacre of three Arab-American students in Chapel Hill, North Carolina, a group of students held a memorial ceremony outside the Stephen Robert ’62 Campus Center. After a moment of silence, they walked to Manning Chapel for a nondemoninational prayer service. Aditya Kumar ’17, one of the event organizers, talked about the slain students—their commitment to their communities and their devotion to family. “It was most important to honor their lives and memorialize them,” Kumar told the Brown Daily Herald. “I didn’t want to make it an event about Islamophobia.” A few days later, a West Warwick, Rhode Island, Islamic school was defaced with racial insults. Brown students volunteered to help remove the graffiti. 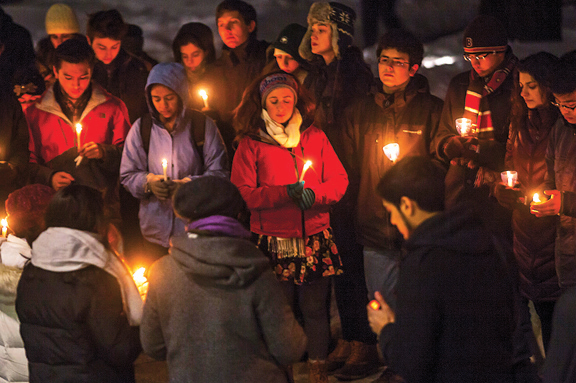