Every innovative company has its own creation story. But the advent of Kalon Studios—the award-winning sustainable designer of high-end home decor launched by Michaele Simmering ’03 and her husband, Johann Pauwen—starts with a different type of creation: the looming birth of their first child in 2006. 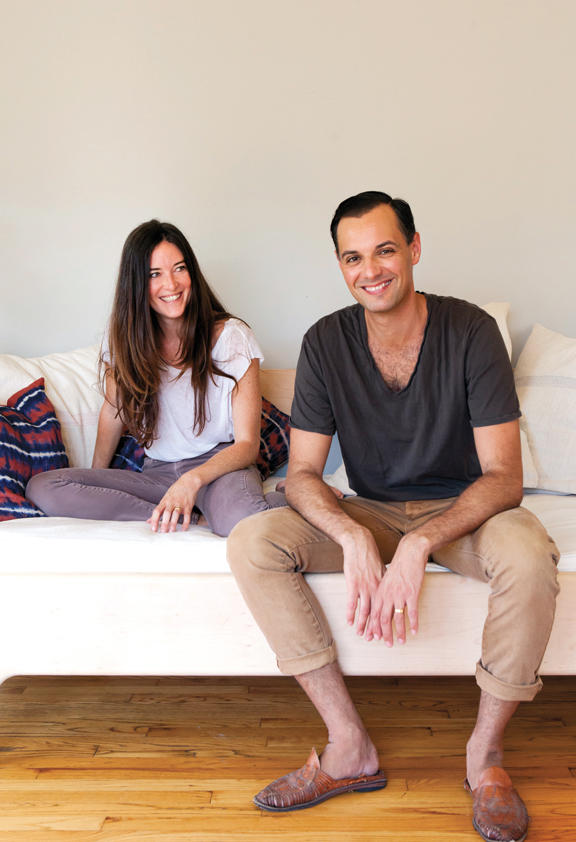 “It really came out of personal need,” Simmering says. The young couple had settled in southern California with an obsession to make their own household items—Pauwen has a degree in industrial design from RISD—and soon they were drawing up plans for a stylish, custom-made crib, then a changing table, nursery chairs, and more. “At the heart, there was just an opportunity to do exactly what we wanted,” she recalls. The workers who helped them build the crib told them, “You should sell this!” Soon they had a daughter—and a new business.

In an era when upscale products for children seem virtually recession-proof, Kalon Studios not only has grown—along with the couple’s family: a second daughter came three years later—but in a short time has won the kind of accolades that usually take decades to earn. By 2009, Time magazine had named Kalon (from a Greek word for “beauty”) one of the top-100 ecofriendly companies in the world, praising the total sustainability of its bamboo crib. Last year, the studio was honored with a coveted Martha Stewart American Made Award in design, a tribute to Simmering and Pauwen’s determination to manufacture all their items in the United States.

Simmering, who grew up in Providence, studied creative writing and literature and later established herself as a freelance magazine writer focused on critiquing popular culture and style. Her postgraduate odyssey took her to France for language study and then to Berlin, in Pauwen’s native Germany, where Simmering was completing a Fulbright in creative writing.

“Although we have very different skill sets, I think they’re a good complement, and they’ve actually made it easy for us to work together,” says Pauwen, who is versed in the technical aspects of building the items, while his wife focuses on procuring materials and on marketing; the key design work they do jointly.

Their pieces, with a sleek and contemporary yet natural look, are made only from nontoxic materials. The process can be painstaking: Simmering says she spent months researching how to procure just the right kind of sustainable green wood for Kalon’s Stump, an unfinished sitting stool. In their first year, the couple acknowledges, they went through seven different manufacturers before finding traditional furniture makers and craftspeople, mostly in New England, who could work with their demanding specifications.

But their business experiences have only strengthened their desire to support and boost manufacturing in America, Simmering says, and the couple is currently looking at designs and locations for a Kalon Studios factory. “There’s a generation of people that’s coming up like Johann and me, and they really want to make things their way and make them in America—and now there’s a market interest in it, too,” she says. “It’s an amazing situation.”

Reader Responses to Furniture Their Way