Tyler Lansing Weaks ‘12 MFA has just finished a run in Christopher Durang’s award-winning, Chekhov-inspired play, Vanya and Sonia and Masha and Spike at the Huntington Theatre Company in Boston. As the boy toy Spike, Weaks strips down to his underwear within minutes of appearing on stage. The Boston Globe called the play “subtle as a sledgehammer, as nuanced as a whoopee cushion—and a good deal of fun.… Spike is played to lunkheaded perfection by Tyler Lansing Weaks.” Weaks, a graduate of the Brown/Trinity Rep MFA program, also played Spike in a production of the play last spring at San Diego’s Old Globe Theatre. He debuted on Broadway in Macbeth and appeared on television in an episode of The Good Wife. 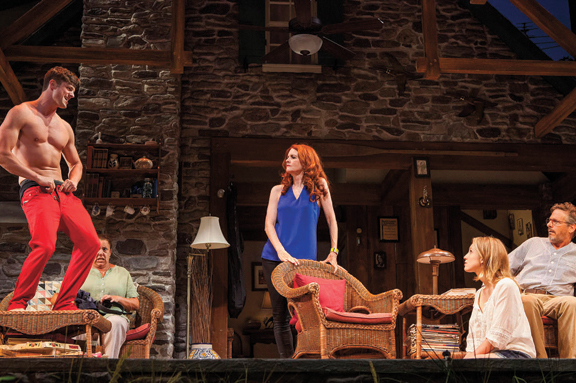