Novelist Zachary Lazar ’90, an associate professor of English at Tulane, won the $20,000 John Updike Award for 2015, which “recognizes a writer in mid-career who has demonstrated consistent excellence.” Given by the American Academy of Arts and Letters, the biennial prize was established in 2011 by Martha Updike, John’s widow; past award winners have included Jennifer Egan and Tom Sleigh. “It just came to me out of the blue,” Lazar told the Tulane University News. He is the author of the novels Aaron, Approximately; Sway; and I Pity the Poor Immigrant, a New York Times Book Review Notable Book of 2014, and of Evening’s Empire: The Story of My Father’s Murder, which examines his father’s slaying by two Chicago hitmen in 1975. He is working on a novel about an inmate at Louisiana’s Angola Prison. Lazar will be fêted at a New York City ceremony in May. 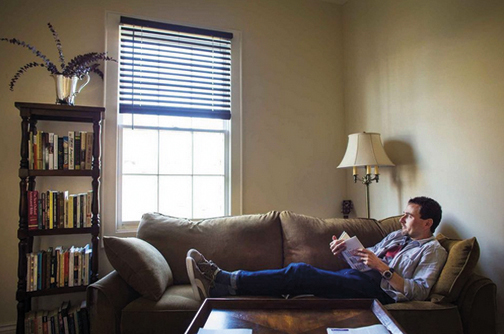