A Range of Ideas

Few cases better demonstrate what’s wrong with health care than that of the person who shows up in a hospital emergency room complaining of chest pains. Why is it that at some emergency departments 83 percent of such persons are admitted, while at others it’s as low as 26 percent? 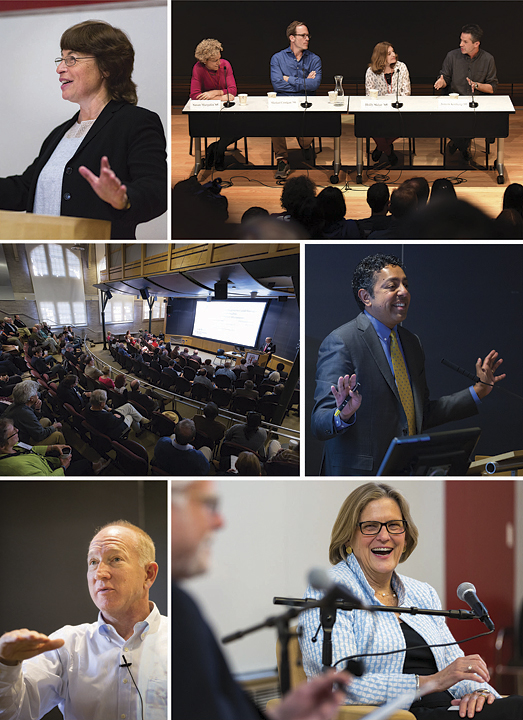 Rob Ranney, Kenneth Zirkel, Frank Mullin
Forums 2015.
According to Heather Marshall and Toby Parker, who presented their thinking at a Commencement forum called “Who Pays? Who Cares? Innovations in Health Care,” the current chaotic incentive structure for doctors and hospitals encourages all kinds of unnecessary tests and hospital admissions. Marshall, director of strategic development at Tacoma Emergency Care Physicians, and Parker, a Mississippi state representative, examined the issue as part of Brown’s new Executive Master of Healthcare Leadership Program. They argued for a shift to “evidence-based” decision making, instead of the approach now in place, which Marshall described as “making policy on the state and federal level based on who yells the loudest.”

No Commencement forum could ever be described as typical, but “Who Pays?” was part of the longstanding tradition of looking at important societal challenges through thoughtful eyes. When the speakers have been in the trenches, the thoughtfulness is fueled by a gripping immediacy, as was the case at “Responding to Ebola: Perspectives from the Front Lines,” a retrospective look at how the world responded to the Ebola crisis in West Africa. Panelists Timothy Flanagan, a Brown professor of medicine; Rebecca Reece, a Brown clinical professor of infectious diseases; and Michael A. Smit, a Brown assistant professor of pediatric infectious diseases all praised the response by the U.S. Centers for Disease Control  while condemning the global health community and the Obama administration for responding slowlyand, in some cases, ineptly. 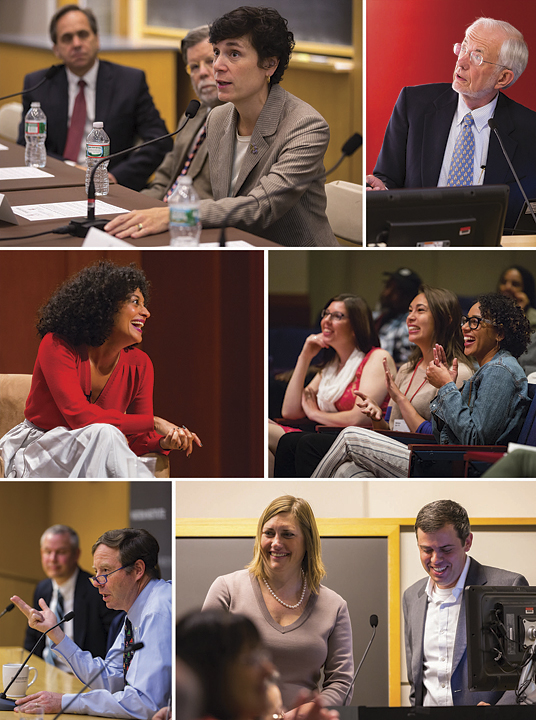 Rob Ranney, Frank Mullin
Forums 2015.
History made treatment particularly difficult, because of past unethical testing of vaccines in Africa. The panelists described the importance of treating individuals while respecting local beliefs and customs, which, from a purely medical point of view, could make the situation worse. Many people in the affected countries, for example, were convinced that the chlorine used to disinfect sites actually spread Ebola. Some health care workers were actually attacked in the belief that they were bringing Ebola with them. Although the crisis is over for now, all the panelists hoped that the world will be better prepared for the next one that comes along.

Not all of this year’s forums were quite as serious. At “The Magic Penny Effect: Finding Individual Happiness Through Your Relationships to Others,” a few dozen people in a Smith-Buonanno classroom sang a children’s song:

One forum focused on the rapidly changing ways we communicate. “Storytelling in a Changing Media Landscape” panelists Michael Costigan ’90, a producer at Costa Films; Simon Kinberg ’95, a film writer and producer known for writing X-Men: Days of Future Past; Susan Margolin ’85, the president for docudrama at Cinedigm; and Holly Sklar ’85, a story analyst at Warner Brothers agreed that no matter the method of delivery, all media need great stories. “Good storytelling is ultimately what always matters,” Sklar said. Want to know what the next big thing in Hollywood will be? A virtual reality headset called the Oculus Rift. Go ahead. Google it.

Watch videos of some of the forums on Brown's YouTube feed.

Reader Responses to A Range of Ideas