For almost 100 years a majestic elm tree stood in the garden of the Nightingale-Brown House on Benefit Street until succumbing to a fungal infection last year. The tree is remarkable not only for its size and age, but for its having fought off Dutch Elm disease, which is always fatal, so much longer than most of the other elms around campus. (The elms now on the College Green are a more recent, disease-resistant variety.) 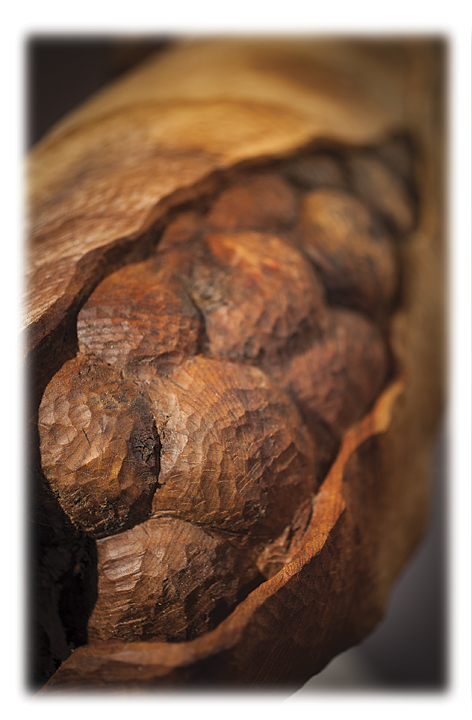 Visual artist and RISD graduate Gail Whitsitt-Lynch, who has been carving since 1974, was called in to celebrate the Nightingale-Brown House elm. She used a portion of its wood to create this work, BitterSweet: An Old Tree Becomes a Sculpture. On exhibit until October inside the Nightingale-Brown House, the carving suggests a pod with round seeds emerging. The textured image is one of rebirth, an elm’s new life in art and memory.

BitterSweet is not the first tribute to the campus’s fallen elms. In 2003, Professor of Visual Art Richard Fishman, who in May completed his fiftieth year at Brown, called for suggestions on how to use “Elmo,” a large elm that was about to be removed from Thayer Street near the Watson Institute, as a resource for interdisciplinary teaching and study. The responses became “The Elm Tree Project.”

Although that project is long over, boards from Elmo live on at the Granoff Center in an exhibition of Fishman’s most recent work.

Reader Responses to Art and Memory