Something in Matthew Ricci’s gut told him he shouldn’t be in college. He’d grown up in upstate New York and then had gone to nearby Marist College in Poughkeepsie. He’d felt pressure to pick a career, but, as Ricci, now thirty, says, “I had no basis to pick anything. I couldn’t compare one career to another.” 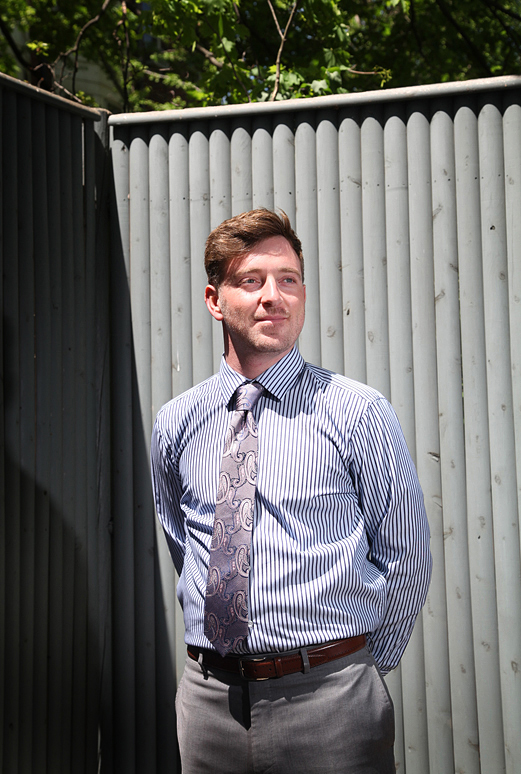 Dana Smith
And so Ricci left school in 2004 and joined the U.S. Navy. After training, he was assigned to the torpedo division on a nuclear submarine, the USS Augusta. “It’s like living on an airplane with all its seats taken out,” Ricci recalls. Quarters were cramped. “You are confined to a close space under intense conditions and required to work as a team.”

His duty was to study every detail of the ship’s Tomahawk-missile weapons system. He learned how to maintain the Augusta’s nuclear reactor. He had to master so much information so quickly that Ricci compares the process to “trying to drink water coming out of a fire hydrant.” He can’t say where he was during this time. The sub’s course is classified. Ricci says even he wasn’t always told where they were. At times all he knew was that they were somewhere in the waters of the Mediterranean.

As he adapted to navy life, Ricci could feel himself becoming more focused and mature. “I learned the value of following through on your responsibilities,” he says, “and what it means for other people to depend on you.” In 2005, he married and then became a father to a daughter, Gretchen. He left the military four years later, because, he says, he wanted to stay put and help raise his child. “Family life was more important to me,” he says.

Ricci went back to college, at Eastern Connecticut State University, not knowing what to expect after his years away. To his surprise, he thrived. In fact, he was enjoying school so much he transferred to Brown in search of a greater academic challenge.

“I loved that Brown is a liberal place,” he says. The military was a “conservative culture, so I wanted to steep myself in something unfamiliar.”
By 2012, Ricci’s marriage was falling apart. “It was not a smooth process,” he says. “It made my studies much more difficult.” Ricci now took care of Gretchen on weekends as he pursued a degree in political science. On days when his ex-wife, who still lived in Connecticut, had to go to work early, he would drive down from Providence to take Gretchen to gymnastics, and then make it back to campus in time for a nine o’clock class.
Gretchen, says Ricci, “was an active participant and witness to her parent going to college. She understands how special it is to be a Brown student.” She even joined him on the walk to receive his diploma at the political science department’s graduation ceremony.

Next Ricci will work for a health-care company outside Los Angeles.