Book Tour
A journalist gets to know writer David Foster Wallace, 12 years before his suicide.

The End of the Tour, released July 31, is an adaptation of the 2010 book Although of Course You End Up Becoming Yourself by David Lipsky ’87. In the film, Lipsky (played by Jesse Eisenberg) is a journalist for Rolling Stone who accompanies the writer David Foster Wallace (Jason Segel) to Minneapolis on the final leg of his Infinite Jest book tour in 1996, twelve years before his suicide. 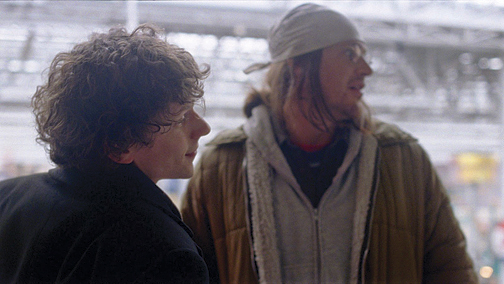 Courtesy A24 Films
What do you think?
See what other readers are saying about this article and add your voice.