Right along Benevolent Street, at number 93, between Hope and Brook Streets, stands a modest, red-brick house that for two decades has been in disrepair. Some students may have known it as the Vault, but it’s also called the Bannister House, named for the African American artist Edward Mitchell Bannister, who lived there between 1884 and 1899. Bannister was a tonalist painter whose work won first-prize bronze at the Philadelphia Centennial in 1876. The judges tried unsuccessfully to rescind the award when they learned of his race. The University is now engaged in a renovation that will restore the original wood exterior while modernizing the interior.  As part of the Brown-to-Brown (B2B) program,  it will then be sold to faculty or staff. 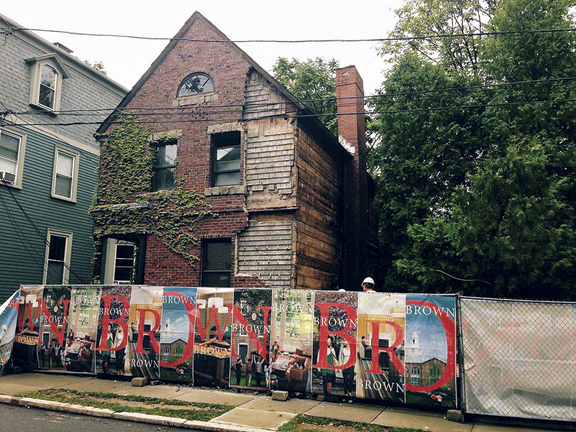