Ten years ago, amid all the destruction wrought by Hurricane Katrina, came one positive development: it triggered first-rate journalism from the New Orleans Times-Picayune. Peter Kovacs ’78, who was then the newspaper’s managing editor, dispatched dozens of journalists across the city to gauge the devastation while he and the other editors, unable to reach the Times-Picayune’s offices, worked from suburban bureaus, small-town-newspaper newsrooms, university offices, and rented space up in Baton Rouge. For its coverage, the Times-Picayune won two Pulitzer Prizes, one for public service, the other for breaking news. 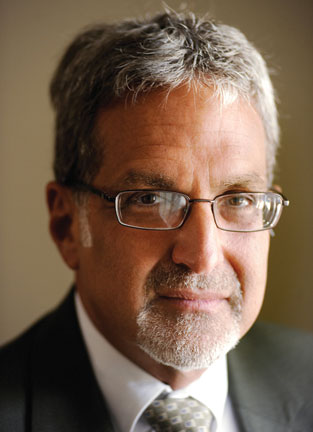 These days, success in print journalism is fleeting, however, and seven years later Kovacs, along with many longtime staffers, was laid off after the Times-Picayune was reduced to a three-day-a-week publication. Kovacs, who had been at the paper twenty-nine years, learned of his ouster from an article in the New York Times.

His dismissal, and Times-Picayune's new approach, which includes publishing online only for most of the week, set off such a firestorm in the  newsroom that many editors and reporters (including political columnist and BAM contributor Stephanie Grace ’87)  followed Kovacs out the door. With him, they helped start the New Orleans Advocate, a new edition of the Baton Rouge–based Advocate, which also publishes an edition in Acadiana. Kovacs, who edits all three papers, promised to champion the aggressive, community-minded journalism he was known for at the Times-Picayune. That so many staffers joined him is testament not only to his vision for journalism but to the kind of personal loyalty he inspires in his colleagues.

By June 2015, two years after Kovacs became editor, home-delivery subscriptions to all editions of the Advocate had surged to almost 130,174 from 101,875, a circulation rise due mostly to the paper's growth in New Orleans. In fact, the New Orleans Advocate, which is owned by a local businessman, overtook the Times-Picayune as the state’s most-read paper at the end of 2014.

As the tenth anniversary of Katrina approached in August, Kovacs oversaw three months of coverage that examined the storm’s legacy and continuing impact. His goal, he says, was to make the New Orleans Advocate the Wikipedia of the storm.

Kovacs concentrated in economics at Brown, where he was also editor of the BDH. He says he learned a lot from the criticism the student paper received, whether it was about a typo or biased coverage. “I learned how to shut my mouth and listen,” Kovacs says.

His first employer was the Birmingham News in Alabama, where he started as a business reporter. His investigation into an Alabama water project run by the U.S. Army Corps of Engineers found that it would not produce the economic benefits the Corps was promising. It also introduced him to the federal agency that plays such a dominant role in water management and levee construction in New Orleans and remains one of his favorite reportorial assignments. With today’s shrinking journalism budgets, Kovacs says, a regional newspaper may not have the resources or ability to cover such an arcane subject today. That disappoints Kovacs, who frequently talks about newspaper journalism’s civic value. “Investigations like this go on less often, and I think the public is worse for it,” he argues. “No one is scrutinizing what our government is doing.”

Newspapers will only survive, Kovacs says, if publishers sign up customers to pay for digital content just as they did for home delivery of the printed paper. “‘It’s supposed to be free.’ That’s what people say, but it’s also what people used to say about television,” Kovacs says. “Now everyone pays for television.”

Looking back, Kovacs says he’s glad he was fired. The Times-Picayune was in decline, and as an editor Kovacs would have had to help oversee its downsizing. “In a peculiar way,” he says, “I was relieved, because I didn’t want to be a collaborator in the destruction of an institution that was so respected and important to the community.”

Reader Responses to A Civic Duty