Visiting campus on September 28, 1964, during Brown's bicentennial celebration, President Lyndon Johnson made news by announcing his support for establishing the National Endowment for the Humanities (NEH), which turned 50 this year. The NEH was proposed by a national commission, chaired by President Barnaby Keeney, to help balance the upswell of national support for science. Rhode Island Senator Claiborne Pell introduced the bill establishing the NEH, and Keeney became its first director. 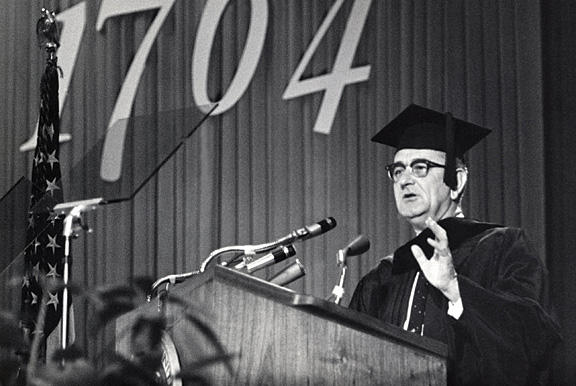 Reader Responses to A Johnson Visit