Phil Pincince, head coach of Brown women’s soccer for thirty-nine seasons and the NCAA’s longest-standing women’s soccer coach, retired from coaching at the end of the 2015 season in early November to become Assistant to the Director of Athletics.

Entering the 2015 season, Pincince had compiled a 317–247–53 record, including twelve Ivy League titles and six NCAA Tournament appearances. His teams made it to the NCAA quarterfinals in 1983 and 1984. Pincince began this season ranked fifteenth in the NCAA for career victories among both active and all-time Division I coaches.

In addition to his astonishing success on the soccer pitch, Pincince guided the softball program from 1979 to 1992, compiling an overall record of 270–183–1. His softball teams won three Ivy championships and were undefeated in Ivy competition in 1982 and 1990. 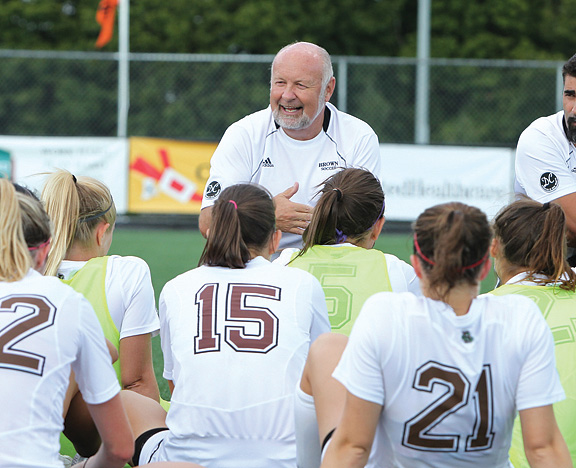 Reader Responses to An All-Time Great