From Seed to Skin

Ana Lyman ’04 can tell you everything about how her company, Bio Óleos de Miombo, makes its basil cardamom lip balm. The tree oils were sustainably harvested from forests in Swaziland and Zimbabwe, and the beeswax came from beekeepers in rural Mozambique. She can even tell you about the background of the craftsperson who engraved the wooden packaging. It’s all put together into a finished product by women working in a little factory in Inhambane, Mozambique. 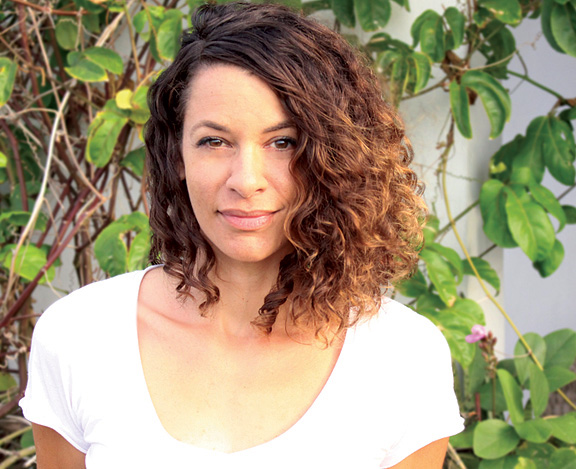 Similar to the farm-to-table trend in food, Lyman produces sustainable, socially conscious cosmetics by controlling production from “seed to skin.” Lyman is using fair labor and sustainable natural resources from a country—Mozambique—known for neither. Bio Óleos de Miombo is Portuguese for Bio Oils of the Miombo, the dry woodlands of southern Africa. (Portuguese is Mozambique’s official language.) The company aims to respect the environment and split the profits with all the workers along the chain of production.

Lyman, who launched Bio Óleos in 2010, is not trying to put L’Oréal and Revlon out of business. “I don’t have any profound interest in the cosmetic industry,” she says. What interests her is helping the people of Mozambique. “It’s about bang for the buck,” she explains. “The vision began with an analysis of the local resources and what we could do with them.”

Bio Óleos now has five employees on staff and contracts with eight wood craftsmen, who make the packaging, and a large network of harvesters trained to extract tree oils and other raw ingredients for body butter, perfume, and lotion. Government bureaucracy “is thick and slow,” Lyman says. Properly trained accountants are in short supply.

But it turns out that a cosmetics business in Mozambique still has the potential to be lucrative. “There’s a lot of traditional knowledge around these [plant] species,” Lyman says, “but they [the people] never envisioned that a well-crafted custom product would come from a resource that grows on a tree in their yard.”

Lyman’s mother’s family traces its roots to the Cape Verde Islands off Africa’s western coast, which, like Mozambique in the southeast, was colonized by the Portuguese. Lyman didn’t speak Portuguese well, though, until she spent a semester abroad in Brazil, which sparked her interest in other reaches of the bygone empire. About a year after graduating with a double major in Portuguese and Brazilian studies, and public policy and American institutions, she went to Mozambique as a Peace Corps volunteer.

She never left Africa, even though she grew disillusioned while working on a project to prevent the spread of HIV. She thought the Peace Corps and aid organizations unwisely allocated their limited funds on public health education programs that didn’t improve the economy. “Any 12-year-old could tell you how HIV was transmitted,” she says, “but that had no bearing on what a young woman might do if she needs to feed her family.”

For now, only a select number of spas, cafés, hotels, and other shops in Mozambique and South Africa carry BOM products—which are priced out of reach of most Mozambican shoppers—but they’ll make a targeted debut in boutiques in New York City and California’s Bay Area in November under the name Miombo. Lyman wants to start a second, less expensive line that the people of Mozambique may be able to afford as well.

“The longer you stay here,” Lyman says of Mozambique, “the more opportunities you see. “It feels a little like the Wild West. There’s a million challenges, but there’s a chance to do something new.”

Reader Responses to From Seed to Skin