A Film's Look and Sound

In December, the New York Film Critics Circle chose Carol, the new film by director Todd Haynes ’85, for four awards, including best picture and best director. The awards bode well for potential Oscar nominations. Carol, which like Haynes’s 2002 Oscar-nominated film, Far From Heaven, is set in the 1950s, tells the story of the relationship between department store clerk Therese Belivet (Rooney Mara) and elegant New Jersey housewife Carol Aird (Cate Blanchett, pictured below on set with Haynes). Based on the 1952 novel The Price of Salt by Patricia Highsmith (published under the pseudonym Claire Morgan), the film is “almost fetishistically precise in its recreation of the look and sound of the past,” A.O. Scott wrote in The New York Times. Haynes’s longtime collaborator Christine Vachon ’83, who was a producer for Carol, told the Associated Press: “Every single thing in the frame is there for a reason, that draws you in, that augments the emotionality.” 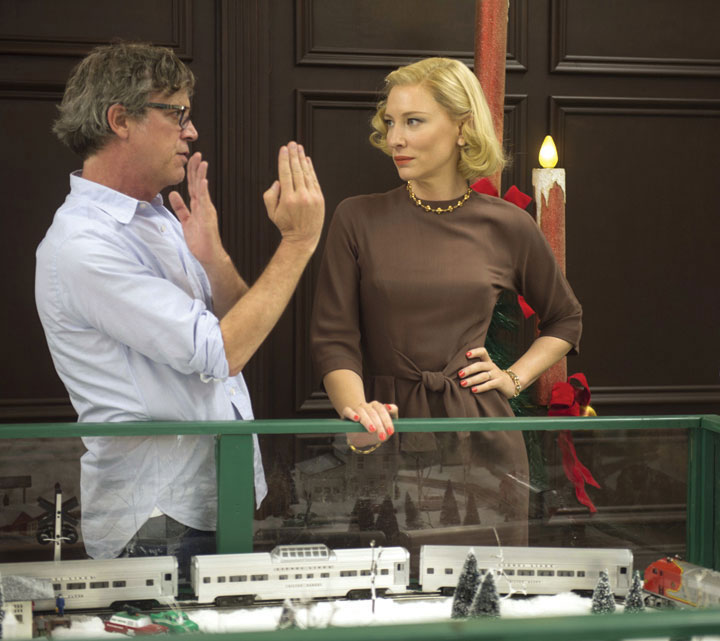 Reader Responses to A Film's Look and Sound