A Man of Firsts

On December  30, 2015, two days before the 100th anniversary of his appearance in the 1916 Tournament of Roses football game, legendary running back and coach Fritz Pollard ’19 was posthumously inducted into the Rose Bowl Hall of Fame.

It's a safe bet that the honor wasn't because of his performance as halfback in that rain-soaked game—which the Bears lost, 14–0. But as his grandson, Steven Towns, said at Pollard's 2005 induction ceremony at the NFL's Pro Football Hall of Fame, the five-foot, nine-inch, 165-pound chemistry major "had the speed of Tony Dorsett, the elusiveness of Barry Sanders, and the tenacity of Walter Payton." He also, Towns said, "led [his Brown teams] from being doormats of their league to a true power in the east." 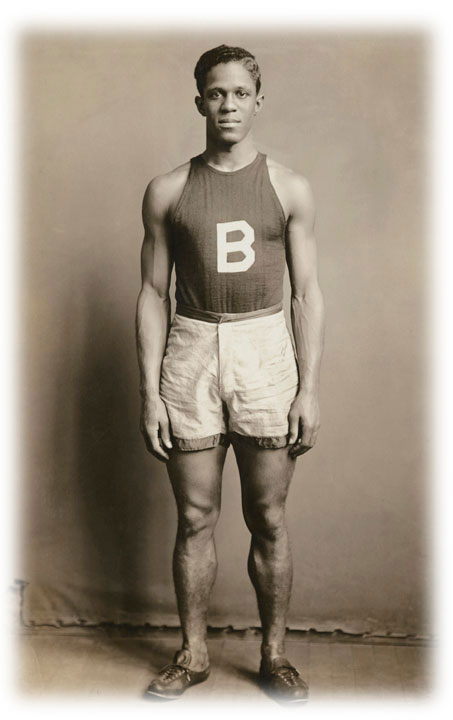 First-ever was the story of Pollard’s life. He was the first black player on a Brown football team, first black Walter Camp backfield All-American, and, despite racist taunts and not being able to eat in the same restaurants as his teammates, he was one of only two African Americans in what would become the NFL. In 1921 he became its first black head coach.

Reader Responses to A Man of Firsts