For Andrew Kaplan ’15, winning a Rhodes scholarship to study at Oxford is kind of like being able to go back to Brown. “I’ll be joining a community of people from all walks of life who feel passionate about making change in the world,” he says. “That’s something I saw with the Social Innovation Initiative at the Swearer Center at Brown.”

It's even something he says he felt in his off-campus house senior year. "There were six of us, and we were doing different things, but everyone was equally interested in and passionate about what they were doing. It was a microcosm of Brown," he says. "I see the same sort of spirit in the Rhodes community." 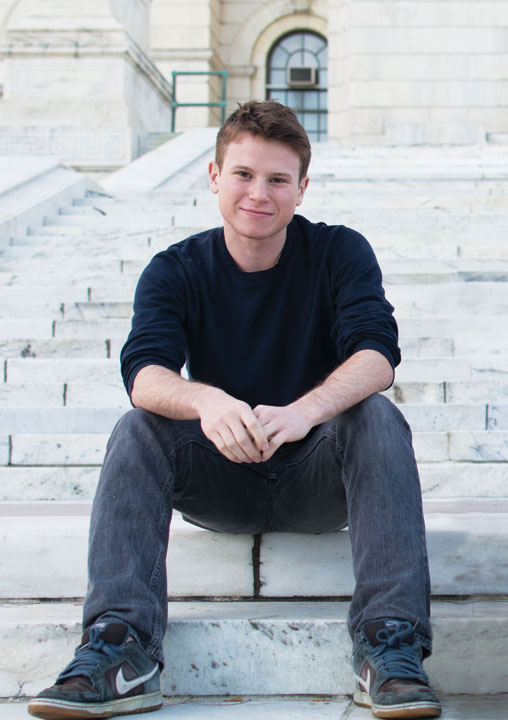 Kaplan’s passion is social policy, particularly around affordable housing. A New York City native, his political science senior thesis focused on the city’s homelessness problem. One of the values his family imparted to him, he says, was “making sure everyone around you has really substantive equality of opportunity.” You can’t have equal opportunity, he points out, if you’re worrying about making rent in an increasingly unaffordable city. Kaplan is an urban fellow in the New York City Mayor’s Office of Operations, where he works on ending homelessness for military veterans.

This was Kaplan’s second stab at getting a Rhodes. He was a finalist last year, and after the interview had to sit with the other finalists and listen to the list of recipients—from which his name was absent. This time, on November 22, he heard his name called out.

“It’s still sinking in,” he says. He’s applied to work towards a master’s in comparative social policy with a focus on housing. It’s a subject he studied a lot as a social innovation fellow at the Swearer Center for Public Service. “One thing I wanted to add to my tool box was to explore this in an international setting,” Kaplan says, “and look at how other countries approach these same problems.”

The bonding with his fellow scholars has already started. The Rhodes foundation connected him with another recipient interested in comparative social policy, and specifically in researching universal basic income—same as Kaplan.

“We should totally work on this together!” the other scholar suggested. Kaplan says he intends to take what he learns at Oxford and bring it back to New York City, where he hopes to create greater equality of opportunity.