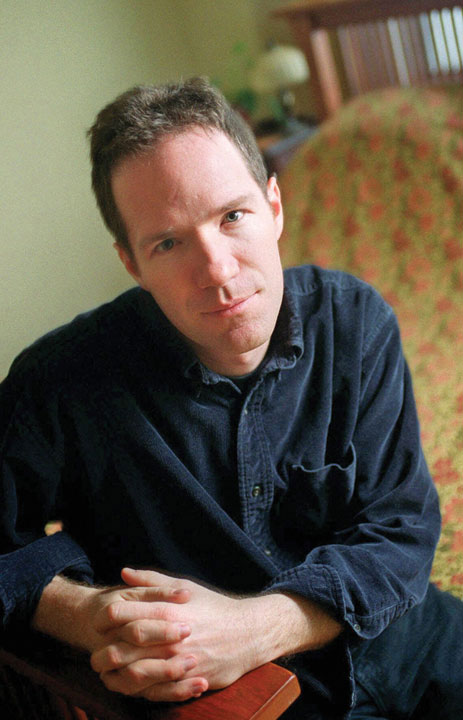 Read one of Reginald Edward Morse's hotel reviews and you'll know pretty quickly that something odd is going on. "I will never again go to Tuscaloosa," he wrote in a one-star review eleven years after his visit. "I will not go to La Quinta on McFarland Blvd., no can make me, unless I can be aswsured that each day iin Tuscaloosa I can be served grits."

Like an epistolary novel for the Internet age, Hotels of North America, the new book by Rick Moody ’83, is ostensibly a slim volume of Morse’s collected online hotel reviews for the website Rate Your Lodging. The book is like its main character: odd, charming, and devastatingly sad. The reviews bounce around in time, from 1971 (The Plaza Hotel, New York City, four stars—from a trip Morse took with his family as a child) to 2014 (The Capri Whitestone, “with its view of the Whitestone Bridge toll plaza,” and its shared “gangrenous” bathroom—one star).

The first dozen or so keep up the pretense of being hotel reviews, if only barely (“yellow rubberized furniture is unappealing”). In short order, however, Morse dispenses with even that bare premise and focuses instead on his less-than-successful career as a motivational speaker, the dissolution of his marriage, his sexually adventurous if shame-laden affair with an English professor, and finally the genuine love he shares with his current girlfriend, referred to as K., who accompanies him on many of his hotel and motel adventures. Morse is the best kind of unreliable narrator, revealing his crushing loneliness and failure via a maniacally upbeat spirit of helpfulness. (In a review of the Ikea New Haven parking lot, where he and K. slept in their car one night in 2011, he notes, “The store provides a lot of opportunity for walking, which is cardiologically sound.”)

The Internet makes this an odd time for relationships, privacy, and maintaining a sense of self. With Hotels of North America, Moody toys with what’s real and what’s fiction, asking, in effect, whether our own online profiles are any more “true” than Morse’s. Rate Your Lodging is, of course, a fictional company, but if you put the book down and power up your laptop, you’ll find that RateYourLodging.com is a working site, featuring a biography of Reginald Morse and up-to-date reviews of the Trump SoHo (two stars), the Downtown Des Moines Embassy Suites (four stars), and the Hotel Andaluz in Albuquerque, New Mexico (four stars).

The novel features a preface by Greenway Davies, the (fictional) director of the (fictional) North American Society of Hoteliers and Innkeepers, and a searching afterword by, yes, the novelist Rick Moody, who was, he writes, convinced by an editor at Rate Your Lodging’s parent company to pen the postscript for $300. In it, Moody makes some startling revelations about Morse and, in the process, tells us what we’ve come to suspect: “[T]his is not a book about hotels, but a collection of writings about what it means to be alone.” Four stars.