In April 2007, Tenzin Dorjee ’03 and four friends hiked to the Mount Everest base camp in Tibet. Like the serious climbers around them, they were about to embark on a risky mission. But instead of scaling the world’s tallest peak, the group planned to provoke the Chinese government by calling for Tibetan independence. 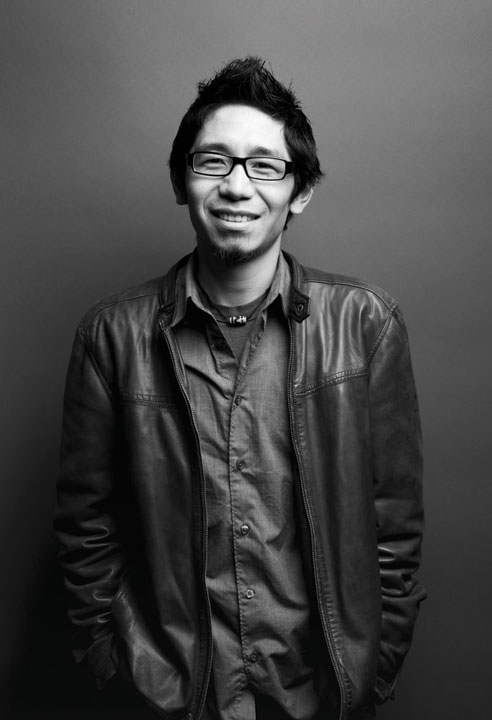 Chinese authorities reacted swiftly. The activists were detained within 20 minutes, Dorjee says, then jailed for three days, deprived of sleep, and continuously interrogated. The government forced them to sign an apology for the stunt, then expelled them from the country.

“The news was made, and the whole world was watching,” says Dorjee, who was deputy director of Students for a Free Tibet at the time. “That was one hell of an adventure.”

Dorjee was arrested again a year later, this time by Greek police, during a protest that disrupted the Olympic torch lighting ceremony before the flame could make its journey to China. Although he hasn’t been making headlines lately, Dorjee has continued to work on Tibetan independence. He’s now engaged in the quieter task of building a nonviolent Tibetan freedom movement as a researcher and adviser at the Tibet Action Institute in New York City.

Dorjee was born and raised in India, where his parents had fled after the Chinese occupation of Tibet in 1950. He became familiar with the human rights abuses in Tibet while attending a boarding school for Tibetans through his teenage years in India. The campus included housing for elderly Tibetans who shared tales of fighting in the resistance to the Chinese invasion and the subsequent years of hardship in Chinese prisons.

“Those stories became embedded in my DNA,” says Dorjee. “The only thing that was missing was the feeling that we can do something.”

His mother, a schoolteacher, moved to Boston when Dorjee was 12, after she won one of several hundred green cards made available to Tibetans by Congress as part of a 1990 lottery. Eight years later, in 1998, Dorjee, his sister, and their father got their own green cards and joined her. Dorjee was 18. He honed his English by working in Harvard Square restaurants, then enrolled at Brown, where he majored in international relations.

At Brown, a newfound optimism replaced the hopelessness Dorjee had felt from the Tibetans he'd met in boarding school. The unexpected sight of a Tibetan flag waving at a barbecue for international students during his first week on campus filled him with pride. He’d rarely seen it, because his country wasn’t recognized as independent.

“This was an unforgettable moment for me,” he says. “The flag represented some kind of identity. For stateless people who are exiles their whole lives, this lack of political identity makes one feel like a ghost.”

At the Tibet Action Institute, Dorjee and his colleagues train Tibetans on how to assert their political identity—carefully. Rather than recommending direct confrontation with Chinese authorities, which risks severe repression, the group teaches principles of nonviolence and techniques for organizing a movement. It also provides tips on how to protect against Chinese hackers.

Supporters boycott Chinese restaurants and businesses in Tibet. It’s a subtler form of defiance than political marches. “These are small acts of resistance,” says Dorjee. “It would be much harder to punish somebody for something like that than for demonstrating in the street.”

Dorjee has hope for Tibet, which sees itself as an independent country that has been occupied by China since 1950. Tibetan culture is persecuted, most notably through China’s ban on practicing the Tibetan form of Buddhism and on veneration of the Dalai Lama. But a bleak past doesn’t guarantee a bleak future, Dorjee says.

“What is considered impossible today, can actually seem inevitable tomorrow.”