The One Who Always Got It

Senior Lecturer Emeritus John Lucas, who died on August 29, 2015 at the age of 76, arrived at Brown as an assistant professor in the fall of 1969. He soon became, simultaneously, a set designer, lighting designer, technical director, costume supervisor, front-of-house supervisor, stage-management coordinator, class instructor, and, sometimes, a director within the English department’s nascent theater program. His presence was instrumental in the growth of that program, and, as his long-time colleague and collaborator Professor Emeritus of Theatre Arts and Performance Studies Don Wilmeth remarks, “John’s arrival took us one more large step toward the kind of professionalism that we all desired.”

His job was converted to an administrative position with senior lecturer responsibilities. In 1978 John became cofounder of the Department of Theatre, Speech, and Dance (now Theatre Arts and Performance Studies). He helped get the Rites and Reason Theater and its Playwrights' Lab up and running; was adviser to the Brownbrokers, which mounted an original student musical each year; and ran the Brown Summer Theatre. In addition to overseeing design and technical direction for the department and teaching courses in thoese areas, John regularly offered a course on The Lyric Stage without further compensation. He remained a treasured mentor for many students. 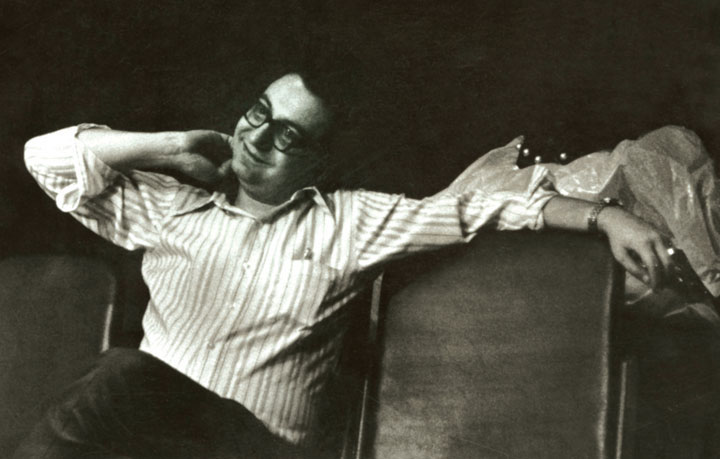 John was a superb set and lighting designer with a lightning-fast mind and a wonderful ability to solve seemingly intractable problems. As Professor of Theatre Arts and Performance Studies Spencer Golub remembers, “He was the one who always got it, knowing what it should look like before I did.”

John also had a remarkable memory. He could see the run-through of a play or a dance piece in rehearsal, and with minimal notes (if any) recall the blocking patterns or choreography in meticulous detail—well enough to lay out a complex lighting design. He’d then laugh and shake his head ruefully weeks later, when a performer’s position on stage had changed.

A complex person, he could be acerbic and sharply critical—Professor Emeritus of Theatre Arts Jim Barnhill cited him, without irony, as having the best critical mind in the department—but it didn’t take long for most students and colleagues to get beyond the fleeting pose of cynicism. There they found his passion and love for theater, as well as for young people who wanted to make theater better. These were the focus and core of John’s professional life.

After retiring from Brown in 2000, John continued in his calling, notably as designer, director, and administrator for the College Light Opera Company of the Highfield Theater on Cape Cod in Massachusetts. He directed 63 productions there over a period of 14 years.

He knew how to make an exit.

He is survived by his mother, two aunts, nephew Philippe Blumenthal ’89, and many friends.

John Emigh is a professor emeritus of theatre arts and performance studies and English.

Reader Responses to The One Who Always Got It