Several months ago I was tired and feeling unwell when I called to chat with my 23-year old son. Somewhere in our conversation I referred to the “black mood” I was in.

“You just said something racist.”

“You did,” he said. “You just said you were in a ‘black mood.’” Before I knew it, we were in a heated argument. His ferocity shocked me. I felt accused of a crime I hadn’t committed—at least not intentionally. In my mind there was no racial significance to the phrase I had just used. But my son, who is biracial, felt otherwise. 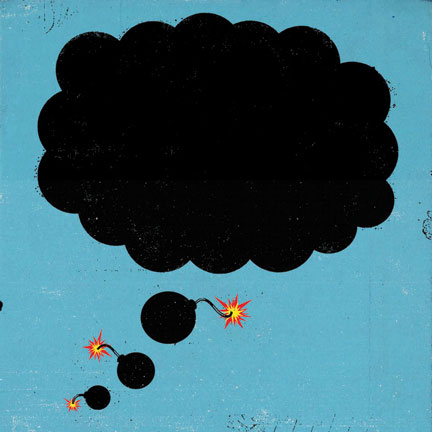 Like any parent I loved my son and wanted others to see him as I did. I brought him up to see himself as a person whose story was rooted in family history, not color. His father, an Ashanti Chief and urban planner in Ghana, brought stories of Africa. My family came here in 1630 from England; we had a different set of stories to tell.

I was determined not to let color define him. I wanted him to judge others by their deeds, not by what they looked like, and I wanted the same for him.

Since I was a single mom, my brown-skinned son grew up in my world, which was white. He attended Jewish daycare and then Jewish day school. He lived in an upscale suburb that was mostly white. His friends were white.

I sidestepped the issue and never gave my son the tools he needed to make sense of his experiences or to prepare him for life outside the insular world I had created. I pretended color didn’t matter when it really did.

Not until high school did my son finally meet children of color and find friends with whom he could share his experiences. In college he took the confusion of his childhood and sought answers through his courses.  He joined groups representing minorities and surrounded himself with friends who were African American. In his junior year, he studied abroad in Ghana and met his father’s family. Today, he identifies himself as African American.

And I don’t pretend anymore.

I watch those videos of unarmed men being gunned down by police, and I see my son in each of them. I can’t say with any certainty this will never happen to him. I have brought my child into a world that doesn’t value him.

The person pulling the trigger will never ask who my son is or what gifts he brings to this world, he or she will only see his color: black.

My son was not being extreme or difficult or politically correct when he accused me of saying something racist. He was trying to tell how using “black” to mean “bad” makes him feel as a man of color in this country at this time. I didn’t listen. My failure to see the cruelty and power of language cut my son to the quick. And though he knows I love him and I know he loves me, it is not enough.

Jane Reed is a graphic designer and freelance writer.

Reader Responses to My Bad Mood