First-time author Juman Malouf ’97 has lived a wide-ranging creative life. A fine arts and art history major at Brown, she also studied costume and set design, which she continued to explore with an MFA from NYU’s Tisch School of the Arts. But, after working as a set designer on several productions, she discovered that she “really didn’t like working with directors. It wasn’t their fault. It was my own desire to create, versus working on someone else’s creation,” she says. 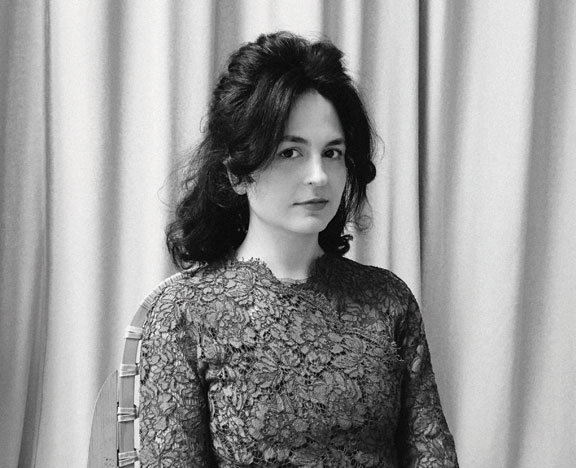 In the early 2000s Malouf, along with Jen Mankins ’97 and Jonathan Schmitt ’98, started an indie fashion label, Charlotte Corday. More recently, she returned to collaborating with a director—in this case, her partner Wes Anderson, for whom she worked up character sketches for The Grand Budapest Hotel and a book jacket for a character in Moonrise Kingdom.

With the Penguin publication in November of her first novel, The Trilogy of Two, which she also illustrated, Malouf may have finally found her true calling: an art form where she can both create an entire fantastical world and exercise complete creative control over the process. Aimed at middle-school readers, The Trilogy of Two tells the story of identical twins, Charlotte and Sonja, who, abandoned by their parents, grow up under the care of a tattooed woman in a traveling circus set in a Dickensian, dystopian future where sky-high, rain-soaked cities are taking over the world and killing off all of nature.

While the book starts in a grim and foreboding place, it erupts into magnificent visions that take the reader on a vibrant mythological journey. “It is dystopian and dark,” Malouf says, “and I feel like that comes from my background. I was born in Beirut during the civil war. We left when I was three months old, moving to England, then Saudi Arabia, then back to London, always trying to return to Lebanon, but as the war went on and on, we were never able to. Also, the world as it is today—the refugees, all the land being taken away by the cities, no more animals left—all that is based on the world we live in now. I just exaggerated it a lot." 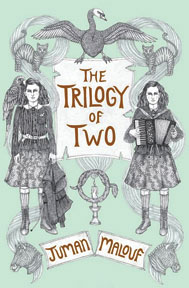 Malouf doesn’t worry that it will be too dark for tween readers: “As a child, I gravitated toward gothic, Dickensian stuff,” she says. “A lot of Dickens is really dark, because they were going through the Industrial Revolution. He influenced me a lot.” Her intricately detailed pencil drawings were inspired by the black-and-white etchings that illustrated even adult novels in Victorian times.

Malouf’s talent for illustration, honed back in the days of drawing around-the-clock as a theater student and informed by her fine art, costume, and fashion design work, came naturally. But writing was a new skill that she developed as she wrote and rewrote the book over a period of eight years. “My mother is a writer [the novelist Hanan al-Shaykh], so I always kind of stayed away from writing—it was her thing,” Malouf explains.

Nevertheless, Malouf is happy to have found her niche—“Some people just know what they want to do early on. For me it took trying a bunch of different things”—and she is already planning a second novel, a romance geared toward slightly older young adult readers.