• Post-season basketball tournaments start next season. After years as the only Division 1 conference not holding a tournament, the Ivy League announced in March that starting in 2017, its automatic bids to the men’s and women’s NCAA tournaments will be decided by a four-team playoff. Regular seasons for Ivy League teams will be reduced by one game.

• Tackling is banned at Brown football team practice. After a unanimous vote by all eight football coaches in March, the Ivy League banned full-contact practices. It’s the most radical step taken by any league so far and is aimed at reducing concussions and other brain injuries. The league is following the example set by Dartmouth, which eliminated full-contact practices in 2010. Dartmouth coach Buddy Teevens has said it hasn’t hurt his team’s level of play. 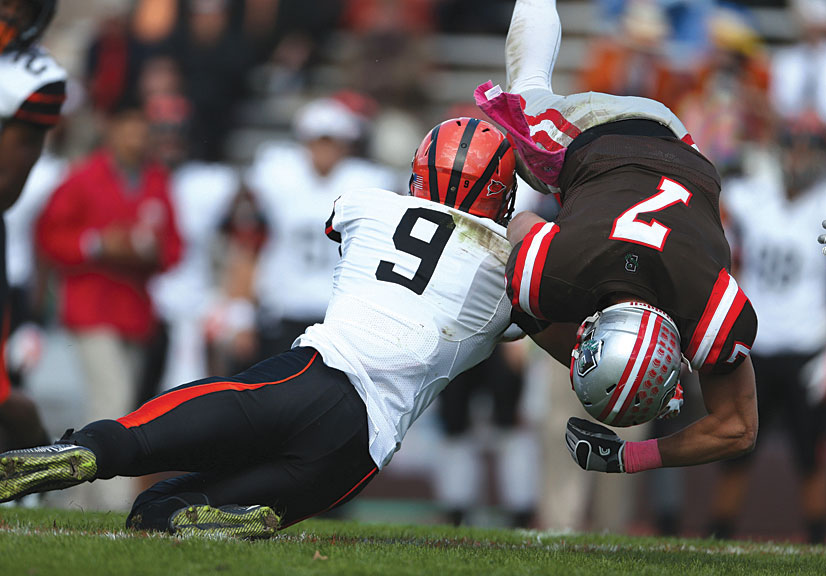