Tink, pictured, an up-and-coming singer/songwriter/rapper from Chicago who has been compared to Lauryn Hill, kicked off Spring Weekend on Friday, April 15, with hits like “Million.”

Her first studio album is slated to drop later this year. Tink warmed up the crowd on the College Green for hip-hop artist Fetty Wap, who has had three top-ten singles in the past year. His eponymous debut album, released last September, reached number one on the Billboard 200 chart. The Brown Concert Agency does it again! 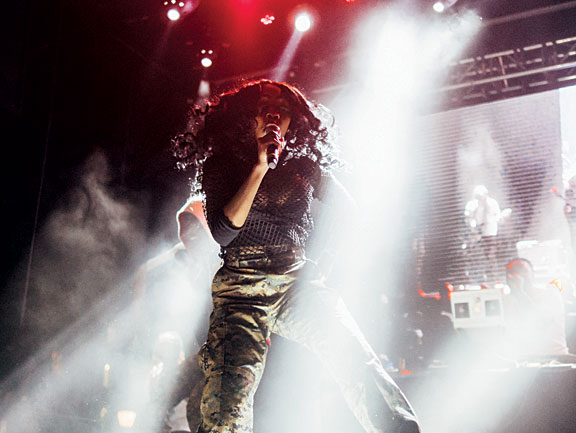