For Anne Knoche ’78, it was, ironically, a wilderness medicine class that planted the seed for her high-tech startup, i-Human Patients, which provides online learning for healthcare providers. Her computer expertise also came about in a slightly unusual way. At Brown, Knoche was a history major. But senior year she took a history class where she used a punch-card computer. Next semester she enrolled in a computer science class. She says it was a “unique Brown experience,” where the open curriculum allowed her to try something that turned out to be life-changing. 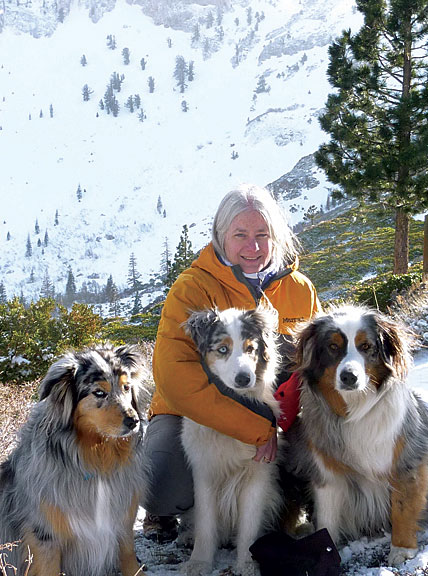 Knoche’s newfound interest in computer science led her to work at IBM, where she met her husband, Craig Knoche, who was a manager there. It wasn’t long before the pair moved to California and to the frontier of Internet technology, where they were part of the startup team—Craig became CEO—at Walkabout Software, a company that created an early version of HTML5.

Knoche and her husband also began exploring the frontiers of nature. They began high-altitude mountaineering. As part of this new hobby, they took a Wilderness First Responder course, which was taught through a combination of classroom and hands-on training. The Knoches aced their exams, but then found that what they had known so well in the classroom suddenly went out the window when they were faced with the difficult and often unforgiving reality of medical practice. In simulations, Knoche recalls, their classroom training was all but useless. It was only through repetitive practice in those simulated situations that they really learned wilderness medicine. “Maybe that’s why they call it the practice of medicine,” she says. Though they felt classroom learning fell short, they were incredibly impressed by the potential of simulation for teaching about medicine and felt it should be introduced much sooner in the learning process. Knoche decided that this was an idea she wanted to pursue, but a busy work life got in the way.

Then in 1999 Craig was diagnosed with cancer. He survived and is cancer-free, but it was a wake-up call and renewed the couple’s interest in advancing medical education.

The Knoches packed their bags and moved to the Sierra Nevada Mountains, determined to find a better way to integrate simulated practice into medical training. In 2000 they founded Summit Performance Group, which became I-Human Patients (IHP). Over the past fifteen years they have worked with many of the nation’s top medical educators to build a platform that simulates a complete patient encounter. The product enables educators to integrate clinical experience much earlier into medical education and makes top-notch medical education available online.

Knoche gets excited talking about how i-Human Patients is on a mission to take on two of the most challenging problems in healthcare today. “In the United States there are approximately 80,000 avoidable medical deaths every year,” she says. “At the same time, by 2025 we will have a shortage of 90,000 physicians. The scale of the need in both cases is staggering, but we think we can help solve both problems.” By providing active e-learning in healthcare, Knoche believes that the company can help to ensure that there is an adequate supply of providers who are fully trained in patient assessment and diagnostic reasoning. This year Knoche and IHP will take a big step toward accomplishing their goals: in 2016, 20,000 clinicians across five countries will study medicine using i-Human Patients.