Thomas E. Skidmore was one of those academics who did not back down from the political implications of their work. In 1970, the Brazilian government denied him a research visa after he and three other prominent U.S. scholars of Brazil signed an open letter condemning the imprisonment of the leading Marxist historian, Caio Prado Jr. As chairman of the Latin American Studies Association’s government relations committee that year, he also sponsored a resolution condemning the military regime’s systematic repression of Brazilian academics and other oppositionists. 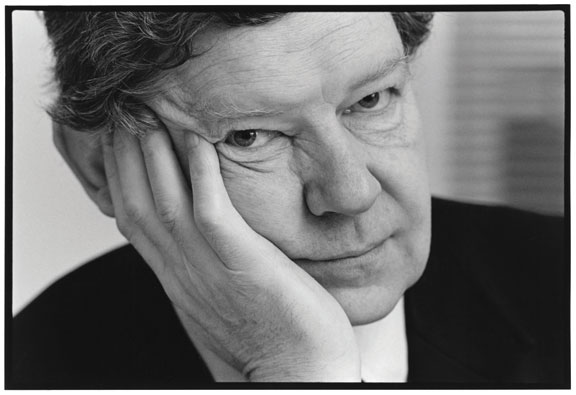 Fourteen years later, in 1984, while lecturing in Brazil on the eve of the country’s return to democratic rule, Skidmore was summoned to appear before the federal police for commenting on the political situation and was threatened with expulsion from the country. Many academics, politicians, and journalists came to his defense, arguing that the actions of the federal police were unconstitutional and a violation of academic freedom. Charges were later dropped.

One of the foremost American scholars of Brazil, Skidmore, the former Carlos Manuel de Céspedes Professor of Latin American History at Brown, died on June 11 at age 84. He left a rich intellectual legacy of analyzing politics, society, and culture in twentieth-century Brazil. Skidmore, who began teaching in Brown’s history department in 1988, was affiliated with the Department of Portuguese and Brazilian Studies and directed the Center for Latin American Studies until his retirement in 2000.

After completing his undergraduate degree at Denison University, Skidmore earned a Fulbright fellowship to study philosophy, politics, and economics at Oxford, where he met and married Felicity Hall. The couple returned to the United States, where Skidmore earned his PhD in European history at Harvard in 1961.

Skidmore was an instructor and then an assistant professor at Harvard from 1960 to 1966. While there, he received a three-year research fellowship to study a Latin American country of his choosing. He chose Brazil and wrote his seminal work, Politics in Brazil: 1930–1964, An Experiment in Democracy, which Oxford first published in 1967 and which became the definitive political history of this tumultuous period in Brazilian history.

In 1967, Skidmore moved with his family to Madison, Wisconsin, and the next year he became a full professor at the University of Wisconsin. Considered the backbone of Wisconsin’s Latin American Studies program, he also edited the Luso-Brazilian Review and trained many scholars, while maintaining a close relationship with Brazil.

All the while, Skidmore kept writing, in 1990 publishing Politics of Military Rule in Brazil, 1964–85, a political history of the military regime that, along with his earlier book Politics in Brazil offered the most comprehensive survey of modern Brazilian history in English. Skidmore also wrote the textbook Brazil: Five Centuries of Change and Black into White: Race and Nationality in Brazilian Thought, which traces the changes in notions of race in Brazil from debates during the time of slavery to the eugenic and nationalist movements of the twentieth century. He extended his thought on this topic in a chapter of The Idea of Race in Latin America, 1870–1940. Skidmore also contributed to a number of major publications and reference works, including the Cambridge Encyclopedia of Latin America and the Caribbean.

In April 2006, Skidmore donated his personal library and papers to the Brown library. The monograph collection includes about 6,000 items, mainly in English and Portuguese, and represents more than thirty years of work collecting nineteenth and twentieth-century materials on Brazil and Latin American countries. That same year, he was honored with a three-day conference at Brown.

Skidmore is survived by his wife, Felicity; his three sons—David, James, and Robert; and three grandchildren.

Reader Responses to Against Tyranny