In November 1956, Republican incumbent President Dwight D. Eisenhower won by a landslide, helped along by the enthusiasm and votes of such boosters as the “I Like Ike” gals above, who were getting friendly with Butch Bruno, the Brown football team’s live mascot at the time. The students were campaigning for Eisenhower at the Brown-URI football game on October 29;  the President was running for reelection against Democrat Adlai Stevenson II. We are sorry to report that 60 years later no undergrads sporting Trump or Hillary circle skirts had been spotted. 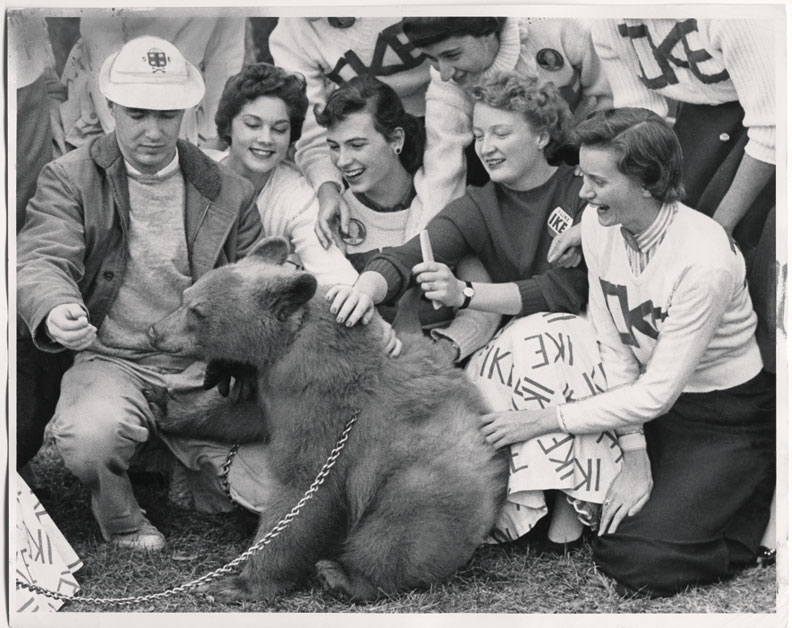