Once in a Lifetime

As one of Hamilton’s Tony-winning producers, Jill Furman ’90 likes to say that the two greatest productions of her life happened at once: she gave birth to her son in December 2014, and a month later Hamilton, the hip-hop musical about America’s founding fathers, started previews at New York’s Public Theater. “I was exhausted,” she says. “But I was also pretty exhilarated.” 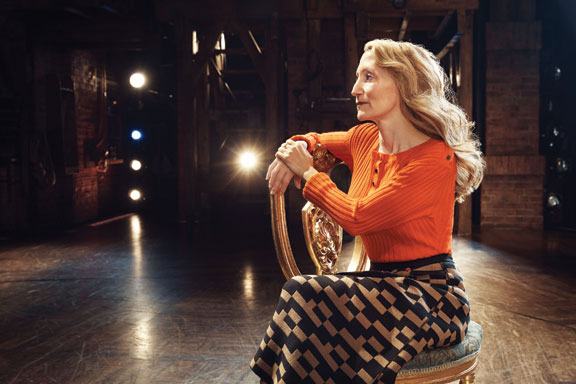 Jill Furman '90 previously worked with Hamilton creator Lin-Manuel Miranda on his first musical, In the Heights.

Furman played a key role in shepherding one of the biggest hits in Broadway history to its status as a pop-culture phenomenon, doing everything from providing feedback on initial scripts to overseeing merchandising and social media. Having also worked with creator Lin-Manuel Miranda on his first musical, In the Heights, she spotted Hamilton’s potential right away—as did investors who attended early stagings.

“People were throwing money at us,” she says. “It was totally bananas. Everyone was just blown away, and every age group, every ethnicity, was represented at these workshops. So we knew we had something special.”

Still, she says, no one could have predicted the juggernaut Hamilton has become, with its sky-high ticket prices, record-breaking soundtrack sales, and the world’s most famous faces (from Beyoncé to Obama) in attendance. The cast was even invited to the White House, and Furman still gets emotional thinking about the moment when Christopher Jackson, who until recently played George Washington, sang in front of the famous portrait of the country’s first president as the current president watched. “I don’t think there ever will be another show like it in our lifetime—or ever,” she says.

A New York City native, Furman was captivated by the entertainment industry at a young age. She grew up discussing weekly movie grosses and TV ratings with her father, Roy, an investment banker and prolific Broadway producer who has won awards for Spamalot, The Book of Mormon, and more.

After earning an art history degree at Brown and an MBA at Columbia, Furman got her start as an associate producer for several of her father’s plays, moving on to produce The Drowsy Chaperone and revivals of West Side Story and Rodgers and Hammerstein’s Cinderella. But she’s most proud of being among the first to believe in Miranda’s talent, signing on to help develop In the Heights after seeing him perform selections from the musical in the basement of a tiny Manhattan theater in 2003. “I had never heard music like that onstage,” she recalls. “I said, ‘I want to be in his life. I need to be involved with this.’”

Lately, Furman’s Hamilton duties have included replacing Miranda, Daveed Diggs ’04 (who scored a Tony for dual roles as the Marquis de Lafayette and Thomas Jefferson), and other original cast members who have left this year. She’s also assisting with the show’s other productions: one that opened in Chicago in late September, a national tour that kicks off in San Francisco in March, and a London run slated for October 2017.

Meanwhile, she’s on the hunt for her next ventures, which will likely include an independent film and a live TV musical. Furman is trying to choose projects that won’t be compared to Hamilton, though she realizes that will be difficult.

Reader Responses to Once in a Lifetime