Although Brown has been need-blind since 2003, this policy has applied only to U.S. citizens or permanent residents. Undocumented students from U.S. high schools, on the other hand, have still been considered on a need-aware basis only, just like international students. Now, starting with the class entering in 2017, next fall, U.S. applicants with undocumented or DACA (Deferred Action for Childhood Arrivals) status will be accepted on the same basis as domestic applicants. 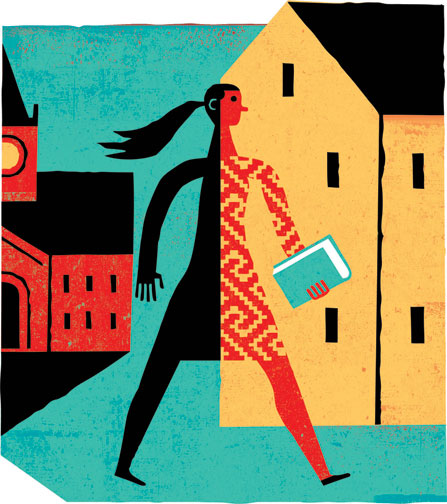 Brown will meet the needs of accepted students using University financial aid. In addition, the University plans to strengthen academic and social supports for undocumented and DACA students through the new First-Generation College and Low-Income Student Center.

Provost Richard M. Locke says Brown wants to make sure that all students who are raised and educated in this country are treated fairly and equitably. “This approach is consistent with our core values,” he says, “and with Brown’s commitment to advancing knowledge and discovery by attracting and supporting the most most talented and promising students and scholars to campus.”