"Hell for the Poor"

On the steps of Manning Hall in early April, members of the Brown community took turns reading Martin Luther King Jr.‘s controversial “Beyond Vietnam” address, which he delivered at New York City’s Riverside Church fifty years ago.  In it, King broadened his battle against injustice to include America’s poor and Vietnam’s peasants, both of whom were suffering disproportionately from the war.  “We are on the side of the wealthy, and the secure,” he said to widespread criticism at the time, “while we create a hell for the poor.” 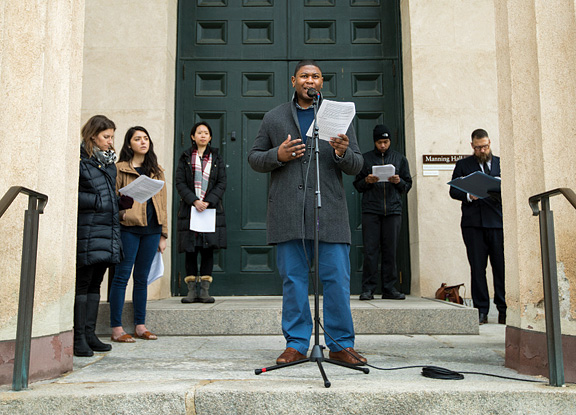 Reader Responses to "Hell for the Poor"