“Student protests are often made to seem spontaneous or unreasonable,” says Myacah Sampson, a double concentrator in public policy and ethnic studies who is from the Four Corners area of New Mexico. So as part of a sophomore seminar called Race and Remembering, Sampson studied Brown’s 1968 Black Student Walkout to see if this was true in that seminal case. 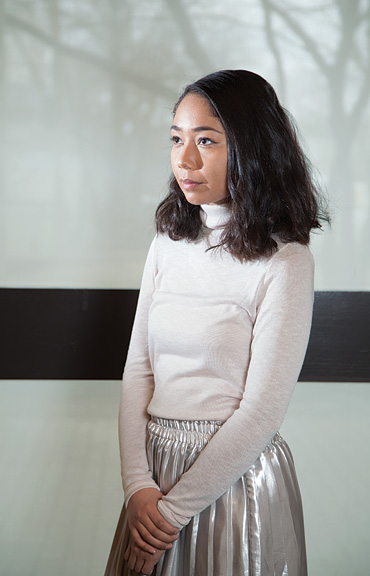 In the University’s archives, Sampson found letters written by students and alumni that repeatedly asked Brown administrators to address demands that were taken seriously only after the walkout. “In reality,” Sampson says, “students tend to exhaust traditional modes of change before resorting to protest.”

While the central 1968 demand has yet to be met—students asked that the number of black students at Brown approximate the percentage of blacks in the U.S. population—the protest did spark immediate changes and started an ongoing conversation about the importance of diversity that continues to this day.

“I learned that change has always been initiated by students,” Sampson says, “and that I am part of a legacy of student action that has made this university what it is.” Some of Sampson’s work on the project can be found on the blog Remembering Race at Brown.

Sampson, who is black and Navajo, has been a Minority Peer Counselor for several years and is co-coordinator of Native Americans at Brown (NAB). Sampson was one of the main organizers of the NAB initiative to change Columbus Day on campus to Indigenous People’s Day. The successful campaign—the faculty voted to accept the change last year—showed Sampson “how powerful the NAB community can be.” In a letter to the student group, Sampson recalls, an Italian American resident of Providence wrote that, after celebrating Columbus Day all his life, he’d changed his mind after attending an event at Brown and hearing students talk about the atrocities committed under Columbus.

Sampson developed a passion for social justice after growing up near a decommissioned power plant and a coal mine. The coal mining pollution had caused high rates of cancer, but the mines had also provided the town’s only real jobs. “Like many other kids from deindustrialized towns,” Sampson says, “I grew up surrounded by high rates of poverty.” Feelings of frustration and helplessness can make people turn on one another, Sampson says. “I remember being harassed by a woman who called us ‘Indian freeloaders’ whose ‘welfare had run out’ when my mother’s scratched credit card couldn’t be read. This taught me that addressing economic inequality necessitates that we also challenge racism, because the two are inextricable.”

After graduating, Sampson plans to spend some time back home learning Navajo and reconnecting with family before pursuing a PhD in American studies and taking Brown’s legacy of student action out into the world.

Reader Responses to The Activist