In 1954, a team from Brown ended the University of Minnesota’s eight-game winning streak on the NBC show The College Quiz Bowl then went on to beat five more schools before losing to Smith. “The one question that undid us was the number of players on a women’s field hockey team,” remembers team member Caleb Woodhouse ’54.  “I remember frantically studying Time and Newsweek,” Jane Baltzell Kopp ’55 says. “Otherwise there was no preparing.” Woodhouse developed a fangirl, Alesandra Schmidt ’57. She married him four decades later after giving the correct answer to his proposal. 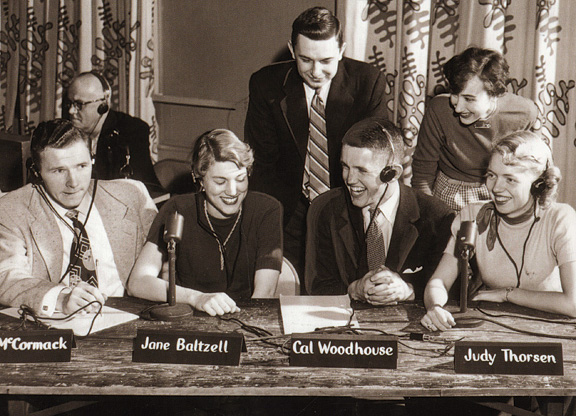