Spring is a festive season, and this spring has been a particularly happy one for alumnae across generations. 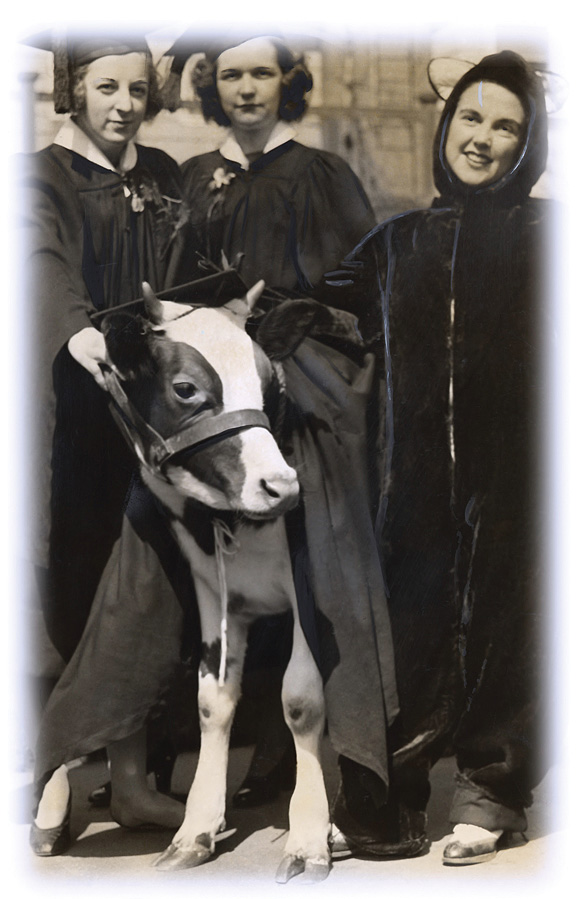 In fact, until 1963 Pembrokers had a Spring Day—it noted the first time seniors wore their caps and gowns. Spring Day was a light-hearted affair, as you can see in this 1939 photo of the class mascot, Miss-Petunia-Kick-The-Bucket, posing with class of ’39ers Lucille Bowers, Helen Hodnett, and Edna Murphy.

This spring marked the thirty-fifth anniversary of the Pembroke Center’s Brown Women Speak archive, an oral-history project begun by the center’s founding director, Joan Scott, in 1982. The aim was to document the daily lives of Brown women both during and after their years on campus.

According to Pembroke archivist Mary Murphy, the archive continues to add about five oral histories a year, mostly from alumnae of color and recent graduates. “In order to get the entire story,” she says, “you need to collect everyone’s history.”

In May, alumnae also marked the 125th anniversary of the enrollment of the first women at Brown with a two-day conference that was both a celebration of the past and a chance for women to help one another push toward the future. Among the more notable and successful keynoters was Fed chair Janet Yellen ’67. Read our account of the event on here.

Reader Responses to Then and Now