Gabriel Sokoloff ‘06 (left) has been composing songs for a new Netflix children’s television show called Ask the StoryBots. Created by Evan and Gregg Spiridellis (who also founded the website Jibjab), and featuring cameos by celebrities like Jay Leno, the show was nominated for a Peabody Award and six Emmys (it took home the Emmy for Outstanding Interactive). In each episode, little StoryBots Beep, Bo, Bang, Bing, and Boop are on a quest to answer a fundamental question like “Where Does Rain Come From?” Sokoloff, who previously composed music for American Idol and other adult shows, found the songwriting to be a serious endeavor involving a childhood development PhD. He wrote, produced, and performed the show’s theme music and most of its other songs. “Musically speaking,” he wrote in an email, “I get to be the voice of the show!” 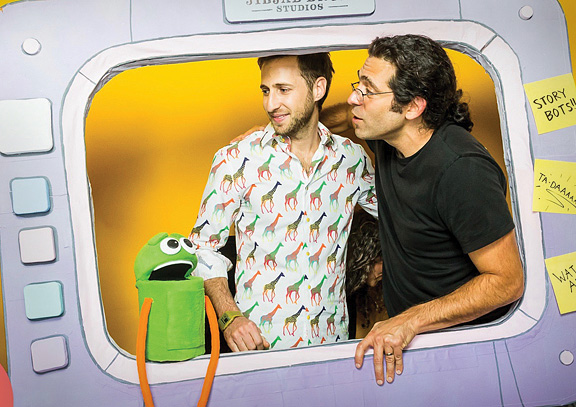